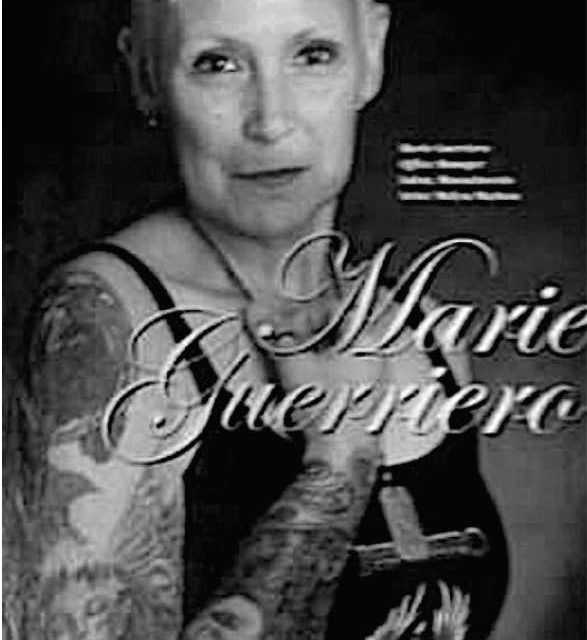 Maria was raised amongst a large, colorful family of loving aunts, uncles, many fun-loving cousins and a brother. Much of her youth was spent quite literally dancing and dreaming. She had a doll collection that Queen Victoria would have envied and a huge backyard that she called her very own “Secret Garden” that she played in. Her father was a wizard with electronics and appliances and her mother was known as the city seamstress.

Many of the adventures of her early youth were shared with her neighbor Betsy Harris and her beloved best friend, Ellen Barton (as well as all of the other Barton sisters!) Some of these adventures included paper dresses, smoking banana peels, oogling boys, and listening to The Beatles and The Beach Boys. She was a graduate of Melrose High School Class of 1969 and graduated from Wheelock College in Boston with an Associates Degree in Early Childhood Education.

On a night out dancing at the Boston Tea Party club she met her first husband who she married in October of 1970. In 1971 and 1975, their union produced two forces of nature they named Mulysa Ann and Katrin Jean. In 1977, the couple parted ways and Maria re-started her life as a single mom. While surrounded by her wild cousins Andrea, Vivian and Nancy and wacky friends Daye, Chichi and soul sister Cathie, they danced together on her nights off at Boston’s Club Max, to music by ABBA, The Trammps, Gloria Gaynor, and the Queen herself – Donna Summer.

It was while attending Solari’s School of Beauty in Malden when on a star-crossed day, that she and her soulmate crossed paths. After an ecstatic few years of romantic courtship, Maria and Anthony Guerriero, – the love of her life – were joyously married on August 15, 1981, in the living room of her childhood home, dressed in ivory and looking like a Greek goddess.

After a few years working together as family day care providers, and taking on the role of foster parents, Tony and Marie wanted to fulfill the dream of their new family formation. In 1983, a little star came down from the sky and manifested as a little girl they named Annmarie Frances.

On a cold Spring day in 1990, after what became a soup of frankincense, myrrh, a charcoal tablet, and a pot of water on her kitchen stove, she took a ride to Salem with her oldest daughter and met some new friends and Maria and her husband’s lives were changed forever…

Maria and Tony became friends, students and initiate High Priestess and High Priest of Laurie Cabot, the Official Witch of Salem and her Cabot Tradition of Witches. They served the Witchcraft and Neo-Pagan community of New England as educators and clergy. They taught classes, conducted religious rites, oversaw ceremonies, initiated members, spoke to the media, contributed to many charities, and so much more. They are members of The Coven of the Shadow of the Sanctuary of Lord White Hart of the Coombs and they are the founders of the organization PRANCE (Pagan Resource and Network Council of Educators). In 1996, they worked with former director of The Salem Witch Village/Salem Wax Museum, Kathy Drew, to transform the Witch Village from a kitschy year-round “haunted house” to being the first and only tourist attraction in Salem that presented the history of real modern-day Witchcraft (that another Salem tourist attraction quickly copied.)

They were past senior clergy working with Salem’s Temple of Nine Wells, Earthspirit, The Witches Path, Spiritpath CUUPS (Covenant of Unitarian Universalist Pagans), and CUUPS of Canton as well as working with numerous covens and groups of various traditions of Witchcraft and neo-Paganism and with interfaith denominations.

Both were featured in countless local, national, and international magazines, newspapers, tv shows, radio shows and news articles. She had been most honored by being featured in “Lifetime’s Intimate Portrait: Witches.” Her spirituality meant everything to her. It brought her such joy and introduced her to so many wonderful people and incredible experiences that mutually transformed everyone’s lives in some magical way.

In 1992, Maria was reunited with the woman who gave her life and discovered that she was a part of the Hammond Clan of Hyde Park with older brothers Donald and Thomas and older sisters Janet and Shirley. She marveled at their shared facial features, delicate hands, red hair, jovial laughter and wildly mischievous personalities. She was ecstatic to have nieces and nephews who were spirit siblings of her own children.

But her ultimate personal joys were those brought to her by animals and children. She was a lifelong rescuer of creatures great and small (namely dogs) and she was always surrounded by them barking at her feet. She had wanted to be an OBGYN but settled in being an informally trained midwife, helping to usher in the lives of more little stars here on earth, including three of her grandchildren and several goddess-children. She adored her grandchildren, Bailey, Niko, Kaden and Elsie. She loved each and every child she had a part in knowing and raising in her time here. Marie was an eternal child herself. Always ready to play, to laugh, to dance and to dream.

She was passionately loving and deeply trusting, she felt everything sharply and let go of things slowly. Like the sign of the bull she was born under, she could be stubborn, but like Venus she was guided by, she was yielding to beauty and friendship and love. If she loved you once – she always loved you. No matter what. Especially now that the past for her has disintegrated and good memories spring up anew like flowers we can gather and share with one another.

As she danced in and dreamt under the stars she danced back to them and into a new dream.

Maria was and always will be the beloved wife of Anthony G. Guerriero of Hudson, NH. Loving mother of Mulysa Ann (Mayhem) Lesser and her husband, Scott, of North Beverly, MA; Katrin Jean Guerriero and her companion, Butch Perry, of Lebanon, ME; and Annmarie Frances Guerriero-Lamy and her husband, Craig, of Lowell, MA. Proud grandmother of Bailey, Nikolai, Kaden and Elsie. Loving aunt-goddess-mother of Laurel (Bartolo) Bucci and adoring aunt/grand-aunt of many nieces and nephews. Friend and priestess to so many.

Visiting hours were held at the Gately Funeral Home, 79 W. Foster St., Melrose, on Sunday, September 26, from 2 – 6 p.m. Relatives and friends were respectfully invited to attend. All visitors were kindly asked to wear a mask inside the funeral home. The funeral and burial will be private.

In lieu of flowers contributions may be made in Maria’s name to the Northeast Animal Shelter at https://www.northeastanimalshelter.org/ or to the American Cancer Society at https://www.cancer.org/ . But mostly, she would prefer any small/local animal rescue organizations as they struggle without large corporate donors.