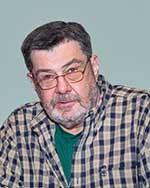 MELROSE — Michael D. “Mike” McMahon, 68, of Melrose and formerly of Cambridge who was a retired Cambridge police officer, died at the Beth Israel Deaconess Medical Center in Boston on July 4.

Mike was born in Somerville, raised in Cambridge and was a graduate of Cambridge Rindge School. He went on to receive his master’s degree from Anna Maria College in Criminal Justice. Mike resided in Cambridge until 1988 and Melrose for almost 30 years. He worked as a Cambridge police officer for over 20 years before his retirement. Mike was a member of the Cambridge and Melrose Elks Club and the Norman Prince VFW Post No. 1506 in Melrose. He loved gardening, history, Irish history, Irish Culture and traveled to Ireland several times.