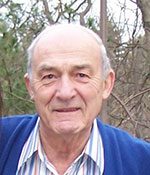 He was born on Oct. 29, 1923 to Antonio and Angelina Giannattasio in East Boston.

He is survived by his wife of 67 years, Antonia (Marinelli) and his children: son Michael and his companion Kelly Callahan of Swampscott and Maine; son Richard and his wife Ellen of North Reading; daughter Christine and her husband Steven Mader of Wakefield; and former daughter-in-law, Barbara Giannattasio of Groveland. He leaves a sister, Angie Marks of Salem, N.H. He was pre-deceased by his cherished daughter, Andrea, as well as his sibling’s Nino, Vincent and Marion Giannattasio. He is also survived by his nine loving grandchildren: Andrea, Sabrina, Richard, Michael, David, Andrew, Joshua, Benjamin and Rebecca along with his great-granddaughter, Gabriella, as well as many nieces and nephews.

Mike was a Navy veteran, serving in World War II. He attended Georgia Tech University where he earned an Electrical Engineering degree. He worked for Stone and Webster Engineering for 47 years, rising up through the ranks of the company. He spent three years working in Saudi Arabia in the 1980s and while there, learned Arabic and sent a monthly newsletter to family and friends.

During that time, he brought his family to Europe several times for vacations that always involved life lessons as well as sightseeing. After retiring from Stone and Webster, he spent the next 20 years working with his son in the security industry. He was always seeking to improve his life and the lives of those around him. He taught English as a second language to people of many different backgrounds. He took adult education classes. He was one of the oldest elected officials in the state, having served two terms as a Wakefield Gas and Light Commissioner that lasted into his 91st year.

He was a great family man and mentor to his children, grandchildren and large extended family. He was a vibrant, articulate, intelligent, active and very caring man. He and Toni loved to entertain. They have had countless friends. They continue to host a Christmas Eve party for up to 100 family and friends. He was very proud of his children and especially his grandchildren, always encouraging and praising them to others. It was a Life Well Lived and he will be dearly missed.

Funeral from the McDonald Funeral Home, 19 Yale Ave., Wakefield on Thursday at 9 a.m. followed by a funeral Mass in the Most Blessed Sacrament Church, 1155 Main St., Wakefield at 10 a.m. Visitation for relatives and friends at the Funeral Home on Wednesday from 3-7 p.m. Interment, Forest Dale Cemetery, Malden.