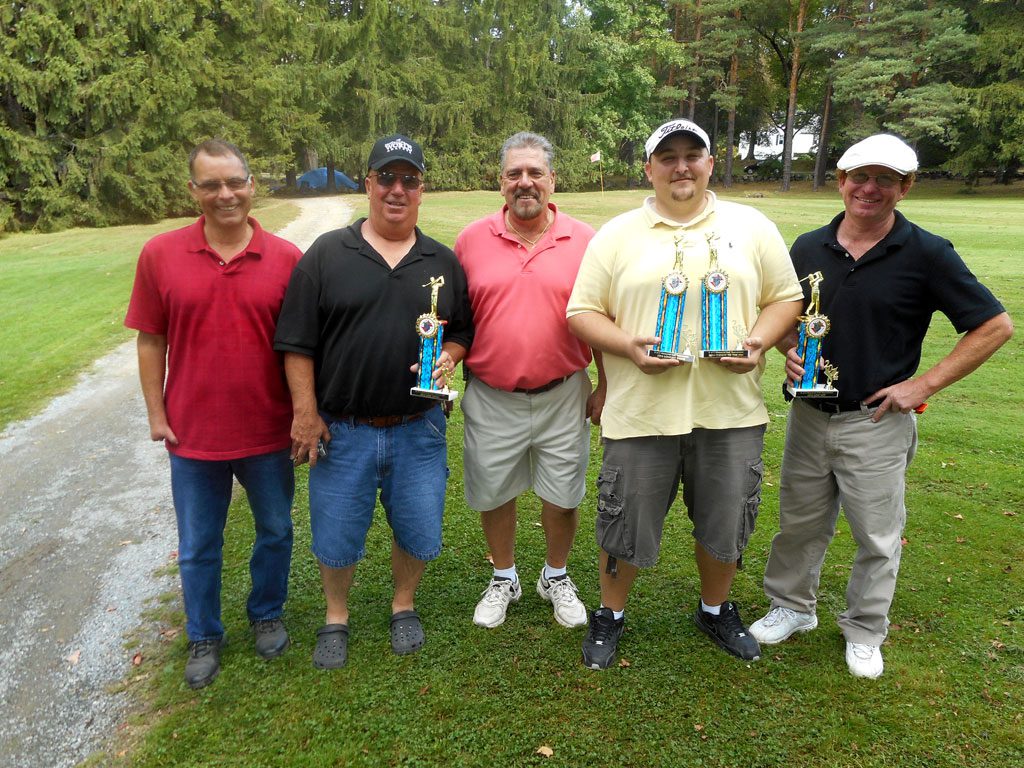 With 29 members and guests competing, Jeff Nardone shot a 38 to become the winner of the coveted low gross award. The winner of the low net award was determined by using the Callaway system and Butch Costello won with a net 32.

Other prize winners included: Mike Farris who won both the closest to the pin on the sixth hole and the longest drive on the eighth hole. The number four, five or six was picked out of a hat and Tim Green won with the most sixes.

The other members with low scores were: Joe Lewon with 39; Ron Collins, Farris and Bill Hankard with 41;and with 42’s were Costello, Vin Manzi, John Hourihan, Ian Power and Ernie Kraytenberg.

The tournament chairman was Past Grand Knight Lewon with Rick Meuse assisting him with the Callaway scoring. A cookout followed the golf at Reedy Meadow and back at the K of C quarters with chef Ken Paiva doing the cooking.