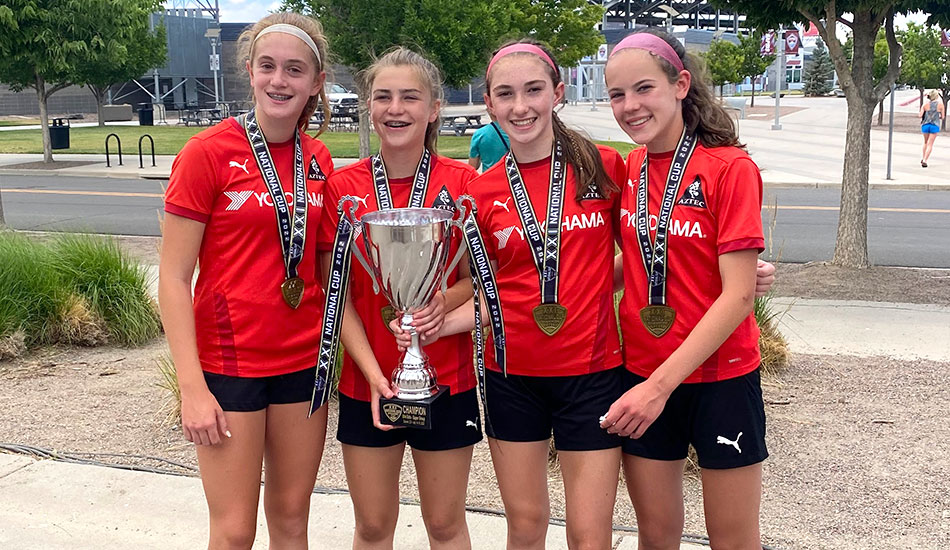 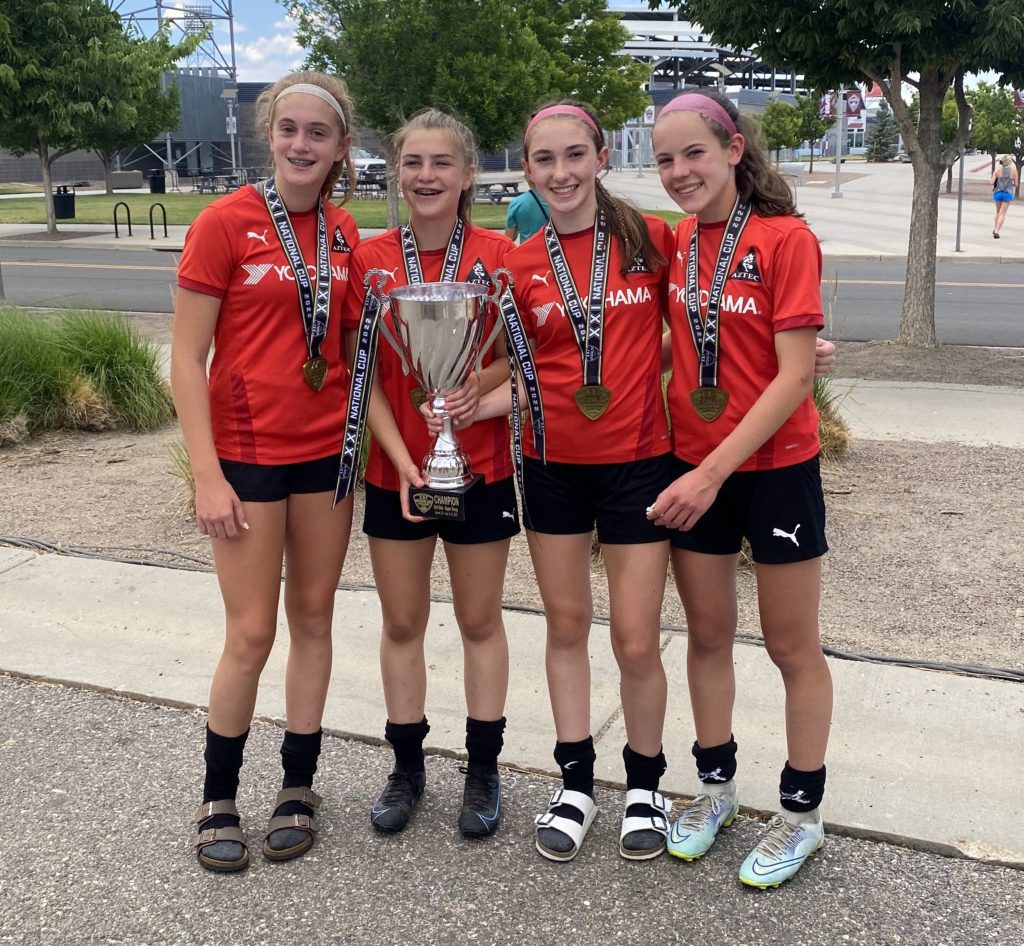 NORTH READING — For the second straight year, the 2007 and 2008 Aztec Girls’ Soccer teams competed on the national stage in Denver, Colorado with the hopes of winning a national championship.

The 2007 Aztec team’s path to the NPL championship started in bracket play where they came out firing on both sides of the ball. They had 3 wins and 0 losses, scoring 14 goals and only giving up 2 against opponents from Washington, Southern California and Idaho. After making their way through the semi-finals, they came away victorious with a dominant performance over California in the final, securing one of the two national championships for the soccer club.

A few days later, the 2008 Aztec girls’ team started their defense of their 2020-21 national championship. In similar fashion, the ’08 girls played lock down defense, dominated play, and took advantage of their scoring opportunities by scoring 13 goals and giving up only 2. 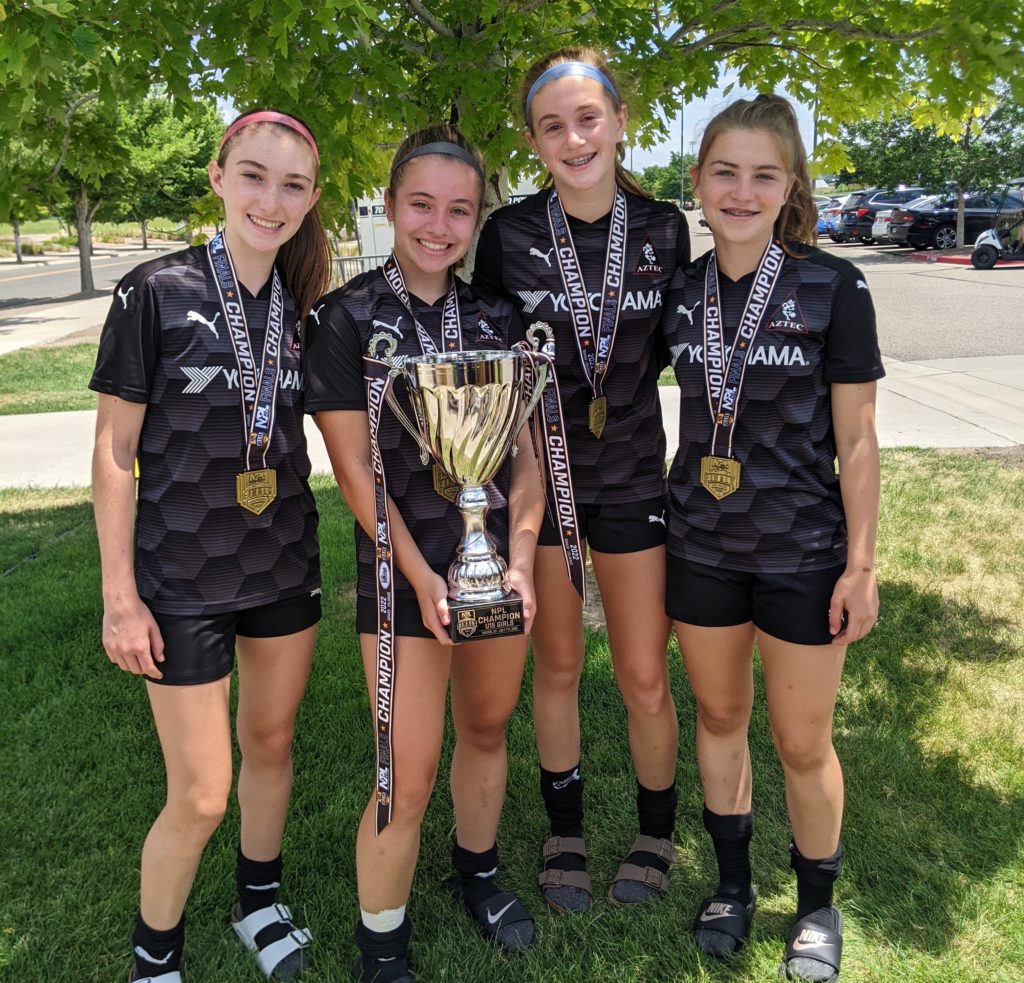 With wins over Texas, Iowa and Illinois, the ’08 girls were tested in the semi-final against a solid Colorado team but came away with a 2-1 decision. Not to be denied, they met Illinois for a second time in the final and defeated them 3-1 to capture their second national championship in back-to-back years and complete the mission of taking home two championship trophies.

The 2007 and 2008 Aztec girls’ soccer teams all train together under the guidance and direction of their coach, Mo Keita. The countless hours of technical and physical training by these young girls over the years in both club and North Reading Youth Soccer is astounding and applauded.

With three National Championships in the last two years, the New England soccer scene and beyond are taking notice of the accomplishments of these teams and their capabilities as players.

Congratulations on another historic season, winning two national championship titles and being the only Massachusetts-based teams to win titles in the 2021-22 season! Their fans and families all look forward to watching these girls play club soccer and on their North Reading and Austin Prep high school soccer teams.

Perhaps there will be an article in the Transcript next year featuring their pursuit of back-to-back titles for the ’07s and 3-peat for the ’08s!