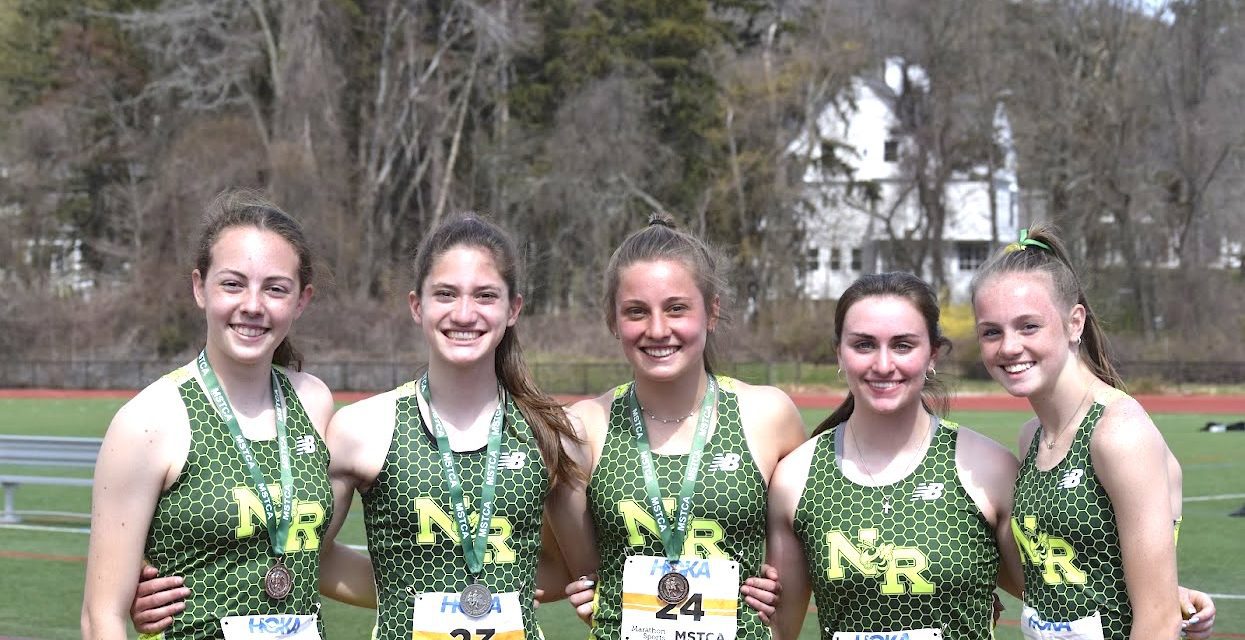 NORTH READING — It was a busy week for the NRHS girls’ track and field team. The Hornets won two meets against Triton and Pentucket to move to 5-0 and had multiple student athletes compete at the statewide Pentathlon.

Remain undefeated with win over Triton

North Reading moved to 4-0 with a commanding win over Triton on Wednesday, April 20 over April Vacation with a score of 90-54. Leading the team to victory was new school record holder Giuliana Ligor who scored 13 points for her team in three events. Despite this being Giuliana’s freshman year she has already begun to stand out as one of the area’s best track and field athletes having medaled in the 400 meters at the New Balance Indoor Track and Field Championship this past month in New York.

In the meet against Triton she won the 400 Meter Hurdles in a school record setting time of 1:05.8 breaking the previous mark of 1:06.6 set by Ali Grasso in 2019. Grasso is currently a junior on the track and field team at UMass Lowell. Ligor also easily won the 400 meters with a time of 1:05.4 and followed that up with a second place finish in the triple jump (31’4”).

The Hornets won 10 out of 17 events and swept five events (Long Jump, High Jump, Shot Put, Discus Throw, and the Javelin Throw) yet again proving the strength of their field events. 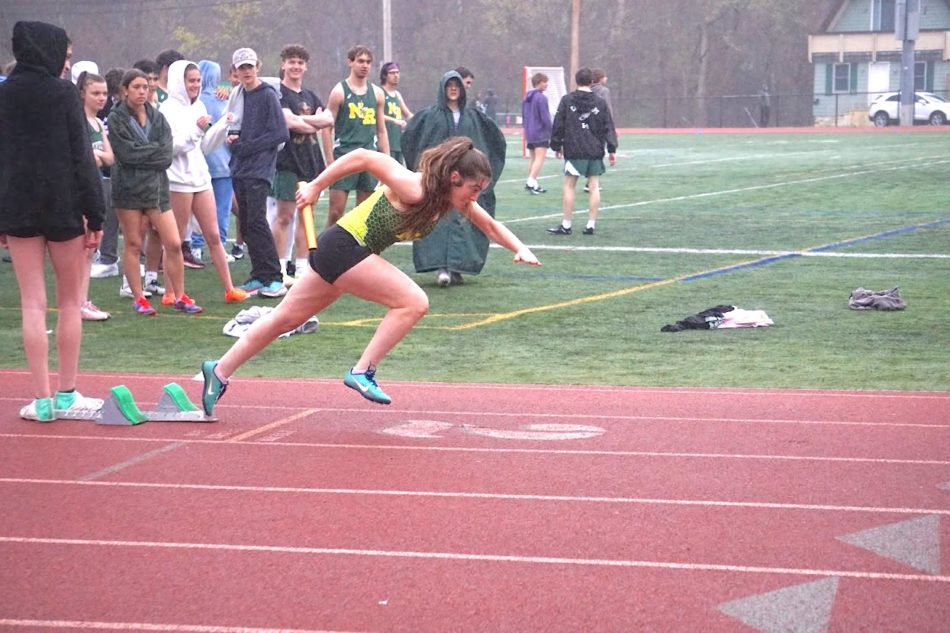 CAPTAIN MADISON DiNAPOLI blasts out of the blocks in the 4×100 meter relay which beat Pentucket with a time of 51.5 seconds. (NRHS Track Photo)

Five Hornets competed in the statewide Pentathlon event on Saturday at North Andover High School against 22 athletes from around the state.

All five athletes represented their town well and scored personal best performances across all five events. The team even had three athletes medal in the top six as the top six athletes earned medals for their achievements.

The NRHS girls’ track and field team hosted the Pentucket Sachems on Tuesday in their first head to head competition since Pentucket squeezed out a victory against the Hornets last spring in the state championship meet. The Hornets had defeated the Sachems head to head during the regular season last spring and also bested them in the Cape Ann League Championship but Pentucket was victorious at the state championship being the first team to defeat North Reading at states since 2015. This defeat fueled the fire as the Hornets are primed to take back the title this year and wanted to open up with a victory against the defending champions.

The weather was in the 50s with a light drizzle turning into a moderate rain towards the end of the meet but the Hornets didn’t let that hold them back as they won 12 of 17 events winning the meet with a score of 87-58.

To open up the meet, Ligor bested Emily Rubio from Pentucket who was last year’s league MVP, one of the best hurdlers in the state and an All American in the Pentathlon this past indoor track and field season. Ligor’s time of 1:04.1 lowers her own school record set just last week by over 1.5 seconds.

Annalise Butler pulled off an impressive double taking 2nd in the one mile (5:36.5) and 1st in the two mile (12:17.1) both with state qualifying marks. 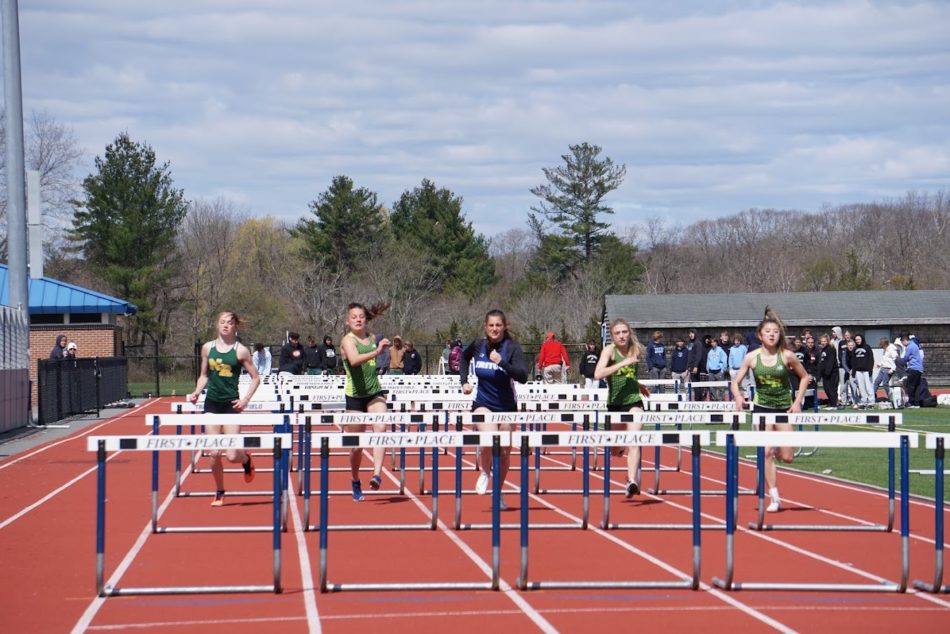 Julia DeAngelis was also part of that relay, running the opening leg in 68.0 seconds and winning the Pole Vault (7’0”) to add 6.25 points to the team total.

Up next, the Hornets look to defend their MSTCA State Relay Championship at Sandwich High School on Friday, April 29. That is a meet they have won every season since 2016. Look for that story in next week’s Transcript.