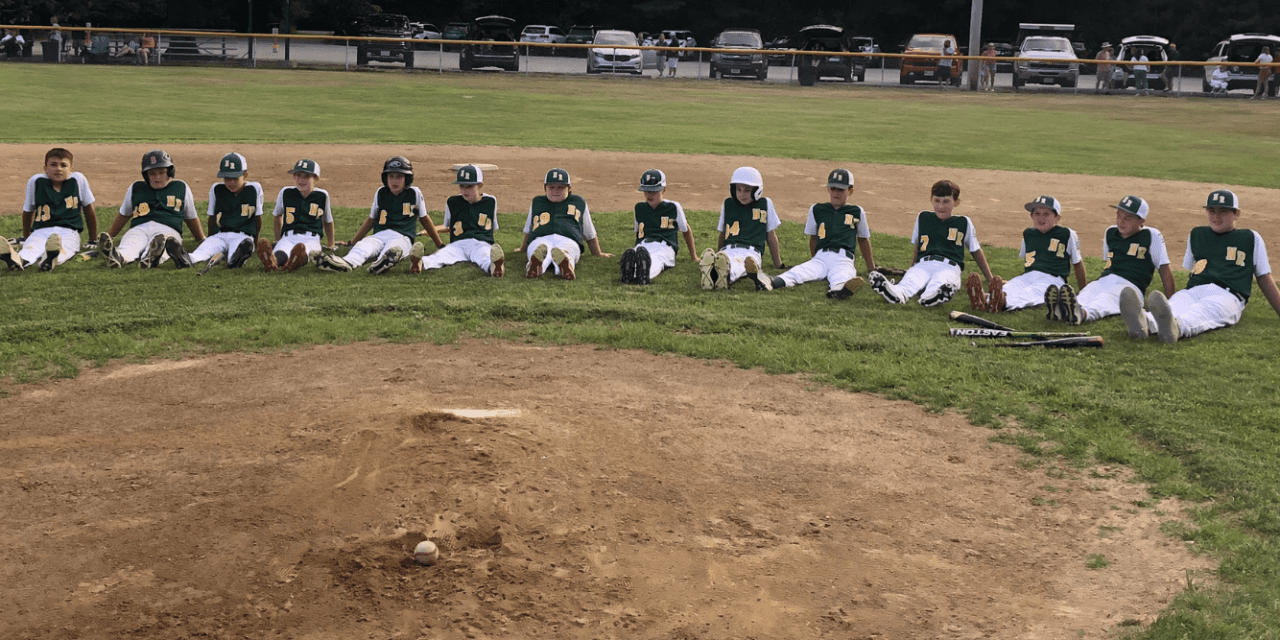 In the District 13 tournament, North Reading went 0-2. They lost their first game on July 1, 12-2, to Andover at Benevento Park.

Andover, along with Reading, were the two teams in the district that advanced to the sectionals.

“They have a very good team with a lot of players that play year-round,” said DiBella.

Trailing, 3-0, after the 1st inning, North Reading fought back and cut the lead to 3-2 in the top of the 2nd (Andover was the designated home team even though the game was at Benevento).

David Machado had the RBI as he delivered a two-run single.

Andover, however, was able to pull away scoring the final nine runs.

North Reading had three hits total as Louis Brown and Frank Pellegrino both had singles.

Down 2-1 after the 2nd inning, North Reading plated three runs in the top of the 3rd to take the lead.

Billerica then answered, scoring six times in the bottom of the 3rd to take command (Billerica was also the designated home team).

“It was good to get the lead in the 3rd,” recalled DiBella.

Brown and Carter Callanan led the North Reading offense as each player went 2 for 4 at the dish. Brown had one run batted in and a run scored while Callanan also scored once.

Anthony DiBella Jr. had a two-run double to right field in the 3rd inning.

Pellegrino, Machado and Jason Connolly all had singles as North Reading’s offense had eight total hits.

Machado played left field while Brown was a catcher. Pellegrino played right field while DiBella and Callanan were both pitchers and second basemen.

“I loved coaching the kids,” said DiBella. “They listened, were supportive, and showed great sportsmanship.”

DiBella plans on coaching the team next year when they are 12 and competing in the Williamsport Tournament.