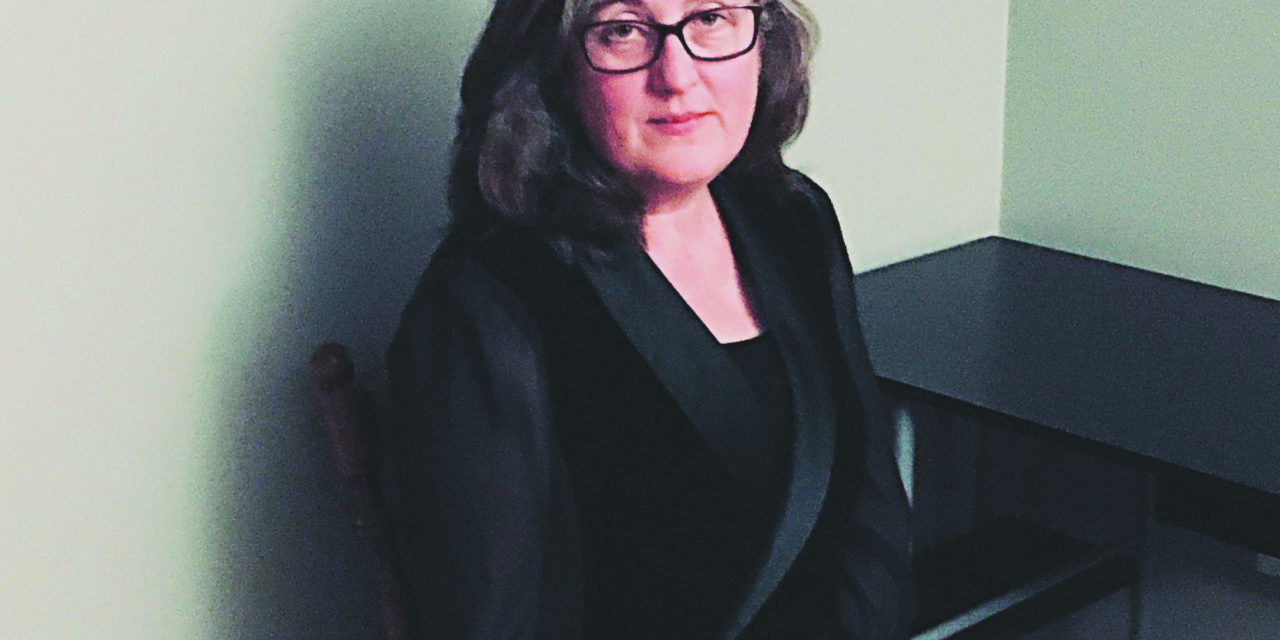 NORTH READING — Theresa Monaghan, better known to some by her pen name, T.R. Monaghan, was born fifth in a line of six children to Irish and Scottish immigrants and spent her childhood in North Reading. Her debut novel, “Sweet, Sweet Jayne,” is a fictionalized story inspired by her own family ancestry, the city of Lowell, and the melting pot of cultures that flourished there in the 1970s.

As a young adult, Monaghan worked in Lowell, where she met her husband, an immigrant from Greece. Over the years, she began listening to the stories of their mutual friends who had also immigrated to the States when they were young, growing ever more curious to learn about their experiences living in one of Lowell’s toughest neighborhoods, the Acre.

“Their stories are just extremely colorful,” she explained. “It was a dangerous time…to grow up in that section of the city…with fights and gangs of sorts.”

Wanting to gain more insight into the early 1970s crime scene in Lowell, Monaghan also spoke with a police officer who worked in the city at the time. And she studied old newspaper clippings from the Lowell Sun at Lowell’s Pollard Memorial Library. From there, the ideas for her novel began to click into place.

Taking a cue from the Lou Reed song “Sweet Jane,” Monaghan’s novel, as described in the Amazon book jacket summary, follows the life of protagonist Jayne Ranney, a 15-year-old girl who hails “from a disbanded family” and tries to keep her head afloat in the “hardscrabble mill town of Lowell, Massachusetts.”

The premise of “Sweet, Sweet Jayne,” the summary continues, is that “despite her father’s accidental death, her brother’s residence in the Billerica House of Correction, and her mother’s abuse and neglect,” Jayne’s hope “for a stable future emerges when she is hired as a runner for the city’s preeminent bookmaker, Galen Stathakis, who operates out of the Skillet Bar.” Questions of morality are raised as criminals engaged in their own code of law clash with a corrupt, self-serving FBI agent, causing Jayne to learn “about trust” as she establishes connections with people outside of her family of origin.

While the book’s central location of the Skillet Bar and the characters that Jayne meets there are fictional, Monaghan drew from her own personal experiences in order to inform her work. She met her husband in a bar like the one described in her book, feeling confident in her ability to render the setting as believable, since she is familiar with that kind of environment. Monaghan also chose to highlight the Skillet Bar in “Sweet, Sweet Jayne” as a safe haven for her protaganist as she has personally encountered many wonderful individuals in some of Lowell’s bars and breweries.

“You meet characters through life, and some of the best characters and people I’ve met have been in bars,” she expressed.

An important aim of Monaghan’s while writing her book was to portray Lowell in the early 1970s as a melting pot of various cultures, as reflected in the Skillet Bar gang. The man who operates out of the Skillet Bar, Galen Stathakis, is often referred to as “the Greek,” due to his Greek heritage, and his bartender, Tao Mann, has Asian ancestry. One of the establishment’s regular visitors is an Irish immigrant who talks of the same troubles in Ireland that Monaghan grew up hearing about from her mother.

As for the titular protagonist, Jayne, character development was more of the central focus, as Monaghan wanted to make her strong and independent by the end of the book. In the beginning, Jayne feels as though no one truly sees her, but once the men at the Skillet Bar take interest in helping her, she comes to learn that she isn’t alone, and that she does have a bright future ahead.

Additionally, keeping the novel heavily grounded in realism was a major goal of Monaghan’s, so she studied Lowell’s historical events from the ‘70s – from fires in the canal to propane gas explosions – with a close eye to discuss them accurately in “Sweet, Sweet Jayne.”

Since writing is not her full-time profession, Monaghan would toil away on her manuscript between the early hours of six and eight in the morning, before starting work at the metal-fabrication plant at which she’s employed. Although the process took about five years from start to finish, Monaghan dedicated all of her spare time and energy into crafting together her crime-based thriller.

“I was determined to finish. I made a lot of mistakes along the way, but I just kept at it…it was all rewarding afterwards, just the fact that it was done, the fact that I completed it – that was the best feeling,” she said.

When it came time to publish, Monaghan turned to her sister-in-law’s cousin for editorial advice, then sought help from a professional copy editor and professional proofreader, hired through the online author services firm, Reedsy. After trying but finding little success in the traditional querying process, in which an author sends their manuscript to an agent and a publisher, Monaghan received encouragement from a publisher in Lowell to pursue the self-publishing route.

Her business, Cnoc Mairtin Press, which is certified by the state, gives a nod to her Irish ancestry. The words are Gaelic and refer to a real place called Martin’s Hill where her father resided on a farm in Ireland during his childhood.

At the moment, “Sweet, Sweet Jayne” is the only novel that Monaghan has self-published, though she’s working on another manuscript now for a book that is tentatively titled “Loony Hill,” named after the area near North Reading high school and middle school once designated by that nickname.

While her family may be spread apart now, with her youngest sister living in the same village in Ireland where their father grew up and Monaghan herself stationed in New Hampshire, she’ll be going back to her North Reading roots for her second publication, where her mother and one brother still reside.

This in-the-works project is especially exciting to Monaghan because she looks back on the memories of her childhood fondly.

“We lived on a dead end…we were always outside until the lights came on at night. We learned to swim at Martin’s Pond, my parents would take us to Harold Parker in the summers, we’d go for ice cream at Dairy Maid. It was just idyllic.”

“Sweet, Sweet Jayne” is now available to purchase in print on Amazon and as an ebook on Barnes & Noble.

Those who would like to get in touch with Theresa Monaghan to discuss all things writing-related can contact her directly at cnocmairtinpress@gmail.com.