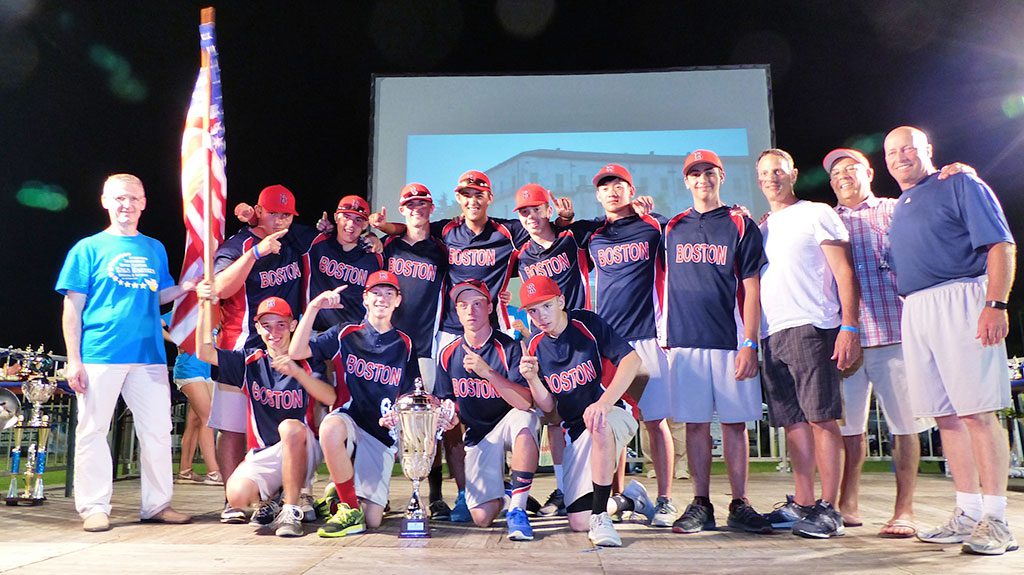 PARMA, Italy— Even while the Red Sox are struggling this summer, Boston is still proving to be “baseball country.” Team Boston, a squad of 13– to 16–year-olds coached by North Reading’s own Marco Vittozzi, James Demetri and Vin Bonnano, took America’s Pastime to Italy earlier this month and came home champions, capturing the 31st annual International Tournament held in Sala Baganza, Parma, Italy. It marked the first time an American entry has won the title.

Team Boston defeated opponents from Italy, Poland, Germany and France to go 4–0 during the qualifying round. In the semifinals, they beat Germany, 8–0, and then topped host Sala Baganza, 13–0, for the crown. In the title game, Andrew Mazzone (Belmont) and Jimin Kang (Winchester) combined to throw six innings of no-hit ball and their pitching was backed up by the outstanding defensive play of Vittozzi, who helped turn two double plays at crucial times to keep Sala Baganza off the scoreboard. Offensively, Team Boston was relentless, banging out 10 hits, the most impressive of those being Mazzone’s towering 400-foot home run over the center field fence.

Mazzone was named both the tournament MVP and Outstanding Pitcher, while teammate Mitchel Schroeder of Brookline earned the Outstanding Hitter and Sportsmanship awards.