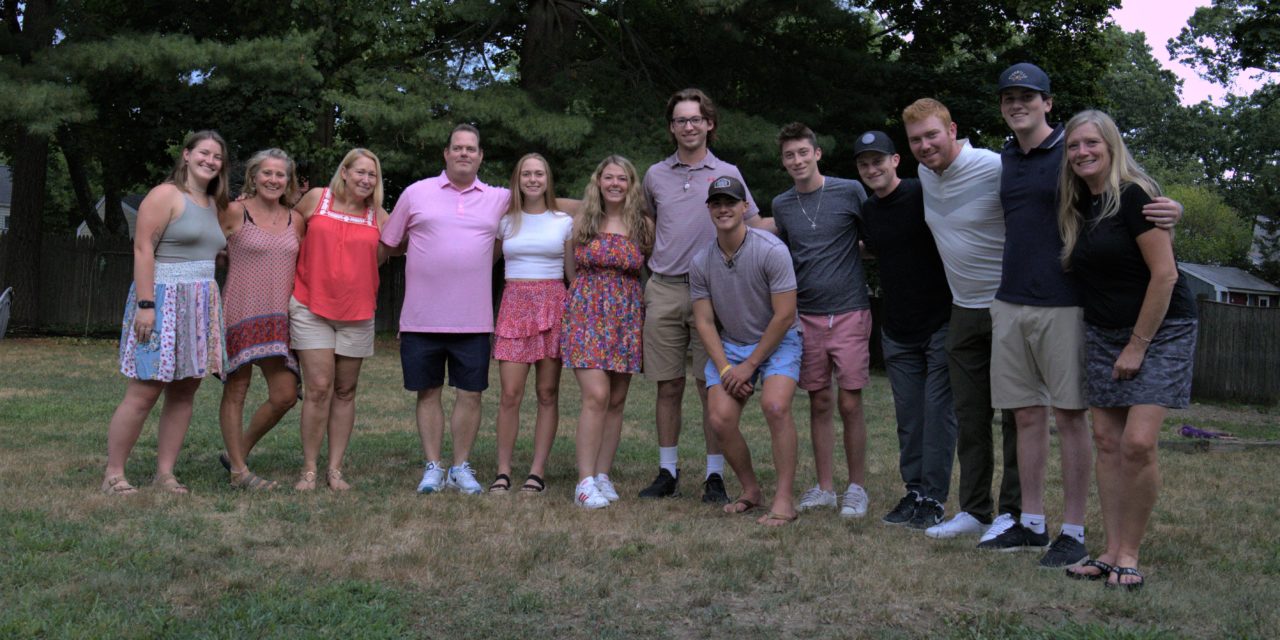 NORTH READING — Living an altruistic life is no simple task. It is a lifestyle many individuals may not grasp seeing there is constant work with little in return. In the current day, you hear many individuals saying, “What’s in it for me?” This is not the mentality of an altruistic individual. Altruism is defined as “the attitude of caring about others and doing acts that help them although you do not get anything by doing those acts.” It is a selfless way of living, never seeking the attention that so many do.

Jay E. Valade and Paul E. Buckley were two individuals who embodied such mentalities. Both were known to many in the North Reading community through their involvement in sports including baseball, softball and lacrosse, but most prominently their commitment and love of ice hockey. In the sense of sports, being a coach to young, aspiring players can be a daunting task. Long hours, immature kids, and ridiculous time slots are just a few aggravating characteristics accompanied by youth hockey.

For more than 20 years Jay and Paul contributed to the development of hundreds of boys and girls during hockey season. They are embedded into the fabric of the hockey community. Both dedicated as much time to coaching their children as they did jobs and family, never looking for compensation, rather doing so because they loved it, and wanted to help shape our youth into fine young men and women.

Jay cherished being a stay-at-home Dad caring for his two children, Jared and Emma. This could involve chauffeuring them around town, often times having to pick up friends along the way. Jay would help with homework, cook the meals and clean up after both kids made a mess, all without griping (too much).

For Paul coaching each of his five children, Jeremy, Sean, Liam, Timothy and Audrey, was a passion. Paul found a way to make players smile, have fun and be proud of their accomplishments. He loved each of his children’s friends as if they were his own. He would move heaven and earth for his family and friends.

Altruism is often thought of as requiring a grand gesture; however, those people are not altruistic at all. The individuals making the grand gestures are looking for the attention that will follow. Altruism is rooted in one’s DNA. It’s all the small, seemingly innocuous acts of good will performed without thought, which makes an individual altruistic. It is why Jay and Paul were loved by so many. There are no greater examples of two men helping others with no regard for what they would get in return.

On Thursday, July 28, the Buckley and Valade families happily met with Megan Slattery and Ryan Baker, North Reading High School’s 2022 recipients of the Jay E. Valade and Paul E. Buckley Scholarship for Altruism.  Both Megan and Ryan were spoken of very highly by members of the NRHS faculty.
Megan is passionate about community service and her engagement with students with developmental disabilities through the Special Olympics.  She is known for offering assistance and taking on tasks that others do not wish to do and she does not do these things for praise or admiration. Megan will be attending The University of Tennessee – Knoxville this fall.

Ryan is always looking for ways to give back and help out the community. He is known for being incredibly generous and caring about others. He is passionate about baseball, loves helping younger players, and has been involved with the North Reading Little League Challenger program for players with special needs. Ryan will be attending Springfield College in the fall.

The Valade and Buckley families offer their best to both Megan and Ryan for their first year of college and success in their future endeavors.