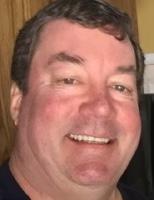 Had a passion for cooking, driving up the coast and engineering

Born in Long Beach, California, he was the son of Doris Ann Riese (Bond) and the late Robert P. Riese.

Tim grew up in North Reading. He attended North Reading High School where he played varsity soccer, graduating in 1978. Tim continued his education at the University of Lowell, where he earned a B.S. in plastics engineering in 1982.

Tim had a passion for cooking, family, his grandchildren, driving up the coast, cars, plastics, engineering, and New England Patriots football. He considered his home “The most beautiful place on Earth.”

A celebration of Tim’s life will be held at the Union Congregational Church, 148 Haverhill St., North Reading on Saturday, October 15 from 11 a.m. -2 p.m.