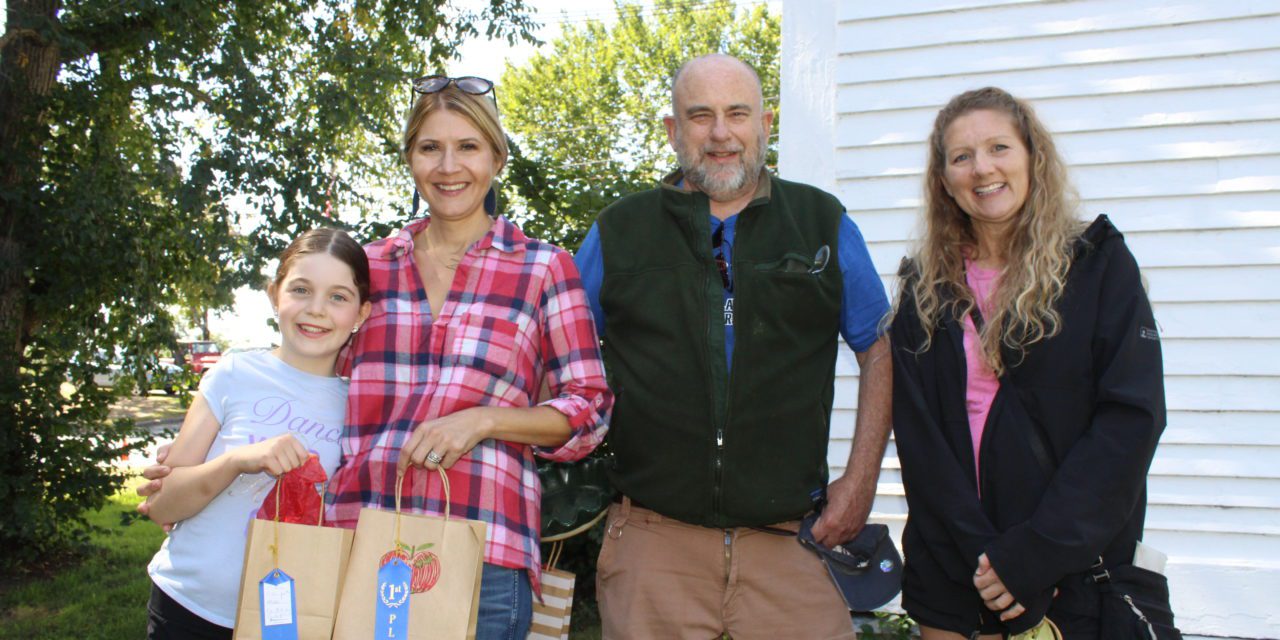 NORTH READING – For nearly three decades, the highlight of the Historical and Antiquarian Society’s Apple Festival is always the annual apple pie contest.

Judging who bakes the best traditional apple pie in town from scratch is no easy task and this year was no exception. All pie entries are compared for appearance, texture and taste by a panel of three judges in a blind competition. This year’s judges represented the local media – Rob Carbone and Phil Healy, both of NORCAM, and yours truly, Transcript editor Maureen Doherty.

Past pie contest winners Maggie Stein and Denise Miedico, who have run the contest for many years, provided the judges with invaluable assistance in how to assess the pies.

All three judges agreed that the competition was extremely close. Grey Rudloff’s entry in the youth competition (17 and under) was the first to be tasted and could easily have been entered in the adult contest. Rob Carbone enjoyed it so much that he said it ultimately served as his “baseline” for the other pies. Grey believes her secret was her nutmeg. There were four adult entries, all of which were unique in their flavor, texture and appearance. The blue ribbon was awarded to Noelle Rudloff, Grey’s mom. Second place was won by Ed Parish and third place by Laura Bowers. All three entrants have been past winners in the contest.

After the judging was done, the winning pies were sliced up and included for sale with the dozens of other homemade pies donated to the Apple Festival. A steady stream of pie fans enjoyed their pies either plain or a la mode with a scoop of Richardson’s vanilla ice cream.

In addition to fabulous homemade apple pie, a plethora of entertainment, vendors selling their unique wares, and tours of the many interesting historical buildings on the grounds of the 1720 Rev. Daniel Putnam House, the 27th Apple Festival featured raffles and silent auctions of 10 pieces of original artwork donated by local artists.

All proceeds from the event benefit the ongoing preservation of the town’s unique history by the nonprofit North Reading Historical and Antiquarian Society composed of volunteers who love the town’s history and who spend countless hours preserving it. Among them is Gordon Hall, who is also a charter member of the Minit and Militia. In honor of his 90th birthday on August 17, his family and friends surprised him with a big birthday bash 10 days later, attended by 100 people. At the party, the Minit and Militia surprised him by dedicating the North Reading Farm Museum on the grounds of the Putnam House to him, commemorated with a bronze plaque.

Throughout the Apple Festival, Gordon greeted the many visitors and explained to them how the town’s early farmers used these tools. Gordon also wanted to let the townspeople know that Lyman Fancy, who is now 92 and retired to New Hampshire, is doing well. Many townspeople will remember buying Lyman’s corn on the cob and other fresh vegetables summer after summer on the stand he’d set up at the old Turner Farm barn on Elm Street.

Six pieces of original signed artwork were donated by local artists for the benefit of the silent auction. The winning bidders were as follows:

• “Summer on the Green” watercolor painted by Louise Anderson was won by Debbie Perez.

• “Basket of Roses” oil on canvas painted by Peggy Glynn and donated by Kim Foster was won by Robert Croswell.

• “Awakening” and “Awakening 1” mixed media by Dee Link was won by Ginny Mills.

Four pieces of original, signed art were donated to the raffle at the Apple Festival.

• “Nonni’s Favorite” photograph by Nancy B. Stewart was won by Bernice Guy.

The entertainment was once again top notch. Dancers from the North Reading School of Ballet, martial arts students from both Master Shin’s Taekwondo Studio and  Cervizzi’s Martial arts gave demonstrations. The musical talents of the town’s students provided a wide array of entertainment – from traditional band music by the NRHS Marching Hornets to the high school’s internationally acclaimed a cappella group NOTEorious and a new rock band, Vinyl Hum, comprised of student Michael Delvecchio on lead guitar, Torin Nickerson on bass, and Brian Conlon on drums – all of which was appreciated by the crowd.

Blending an appreciation for the old way of life with modern life, the Apple Festival remains inviting to vendors of all stripes selling their wares alongside community groups looking to sign up new members and craftspeople displaying their talents.

The event featured free tours of the many historic buildings restored by members of the local Minit and Militia such as the First Meeting House, the barn, the cobbler’s shop, and the Farm Museum, the Sgt. Flint House and the West Village School where the art raffle and silent auction was located.

Food and beverages were provided courtesy of the Minit and Militia of North Reading whose members fired up the grill. There were pony rides, of course, and plenty of children’s games to keep the little ones entertained. 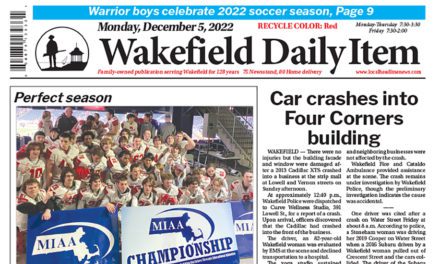 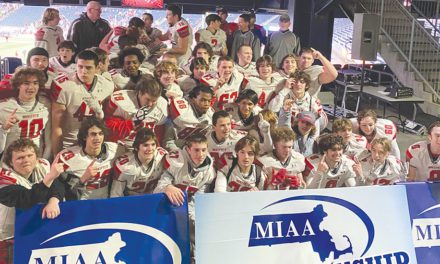 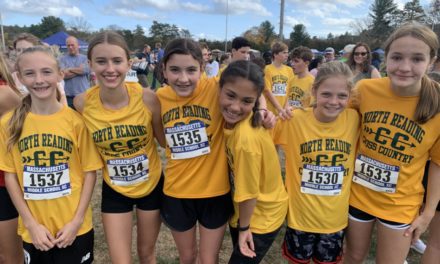