One of the last surviving Tuskegee Airmen to speak at library Jan. 31 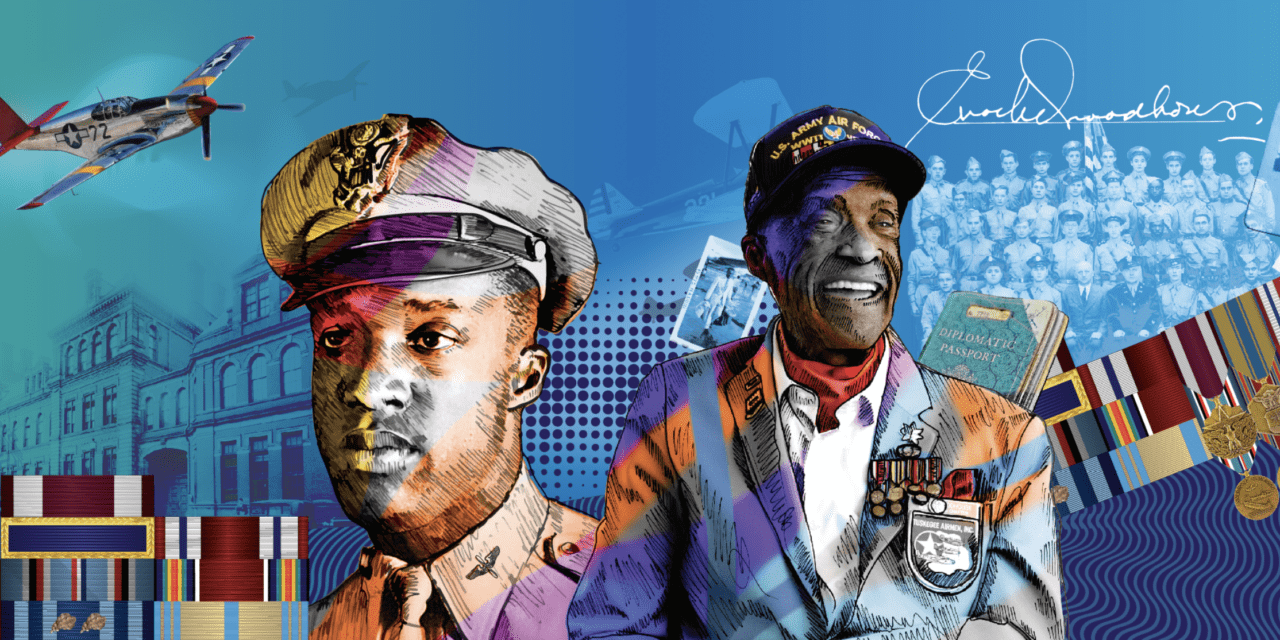 Brigadier General Woodhouse grew up in Roxbury and joined the armed forces after graduating high school in 1944, during the World War II era. He served as a Finance Officer for the Tuskegee Airmen, America’s first African American military aviation unit. While the group was deactivated in 1946, Woodhouse continued to serve his country into the 1990s as part of the Air Force Reserves. He also earned his law degree and practiced law in Boston for 40 years.

Today at age 96, Woodhouse is one of the last surviving Tuskegee Airmen and he shares his story to inspire a new generation of Americans.

Murals honoring the Tuskegee Airmen and featuring larger-than-life portraits of Woodhouse were unveiled at Logan International Airport in October 2022. At that event, former Gov. Charlie Baker also promoted Woodhouse to the rank of Brigadier General of the Militia of the Commonwealth.

Brig. Gen. Woodhouse will speak and offer Q&A, with a light lunch for registered guests on Tuesday, January 31 at the library starting at 11 a.m. A group of NRHS students will also attend, and a limited number of free tickets are available to the public by reservation. To request yours online go to: flintmemoriallibrary.org/event-calendar/ or call 978-357-5284. The program is approximately 90 minutes long.