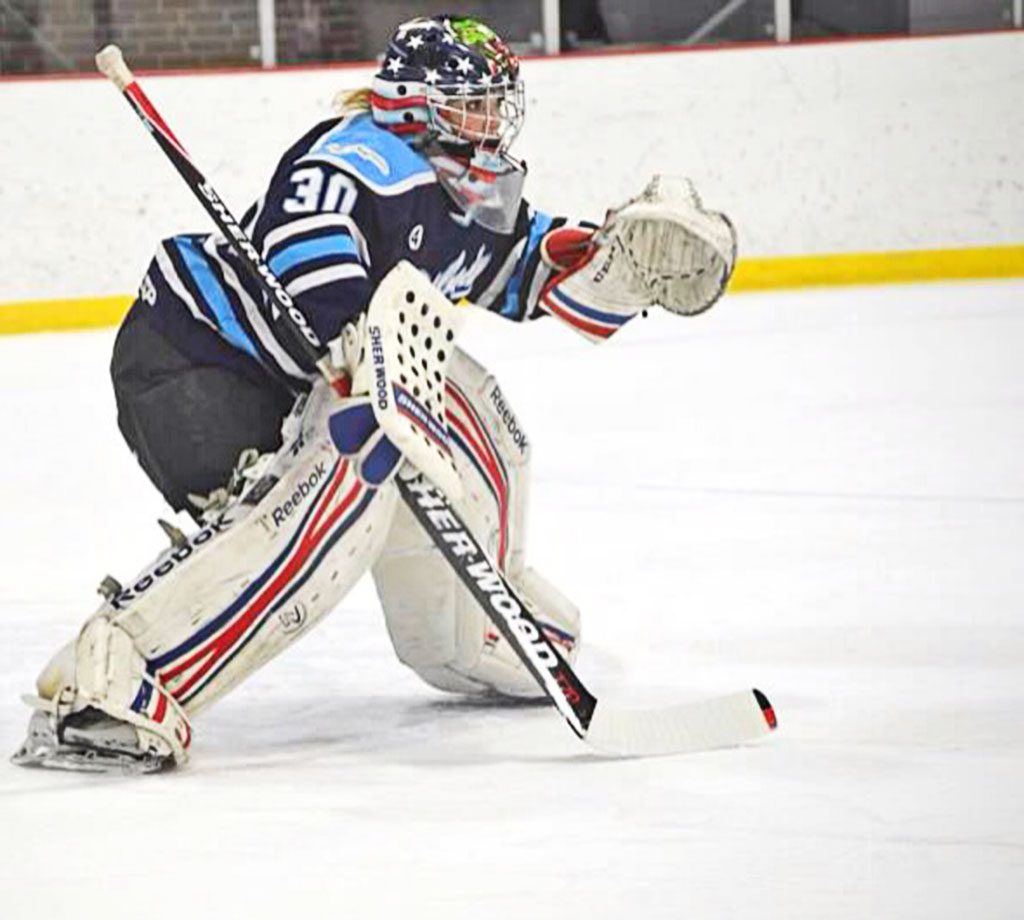 LYNNFIELD HIGH SCHOOL sophomore Lauren Hennessey, the starting goalie for the Peabody-Lynnfield co-op girls’ hockey team, was named a Northeastern Conference All-Star for the second year in a row. Along with her All-Star achievement, she was selected as a Northeastern All Conference goalie. Lauren was the only goalie picked for the All Conference, which makes her the best goalie in the league. Hennessey faced an average of 30-40 shots per game and had a save percentage of 94.04. She was also awarded Most Valuable Player Award at the end of the 2014-2015 season. (Courtesy Photo)