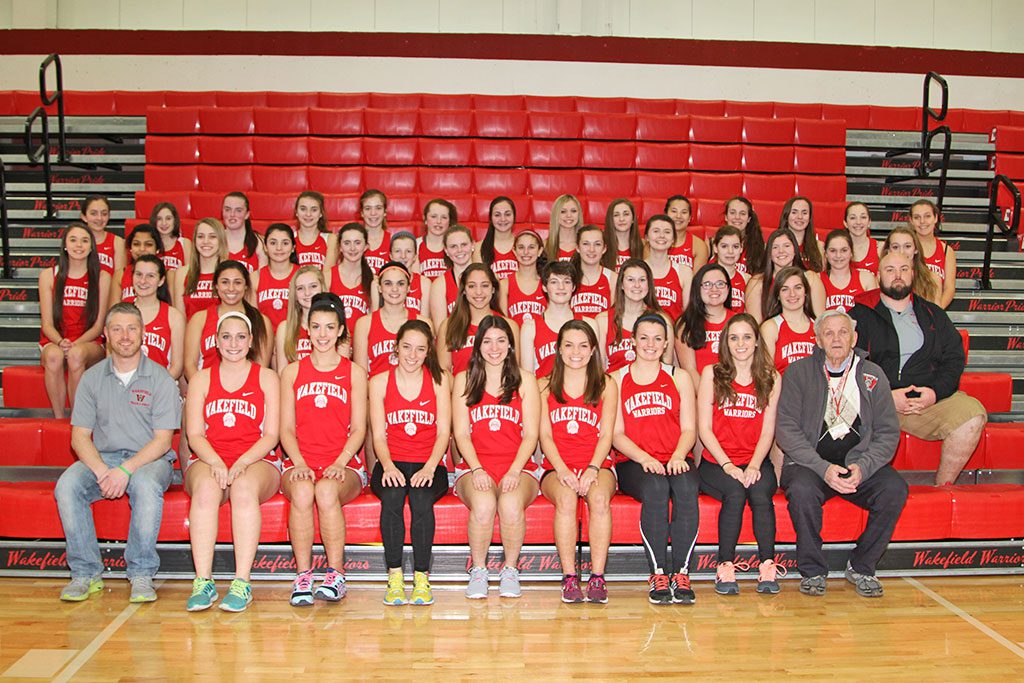 WAKEFIELD — The Middlesex League girls’ indoor track coaches met recently and made this year’s selections of all-stars in both the Freedom and Liberty divisions.

For the Warrior girls’ track team, it had five all-stars named in the M.L. Freedom division.

Hudson and Custodio were honored in the two-mile and mile. Chapman and Hammond were chosen all-stars in the 1000 and 600 meters, respectively. Ross was named an all-star in the 300 meter dash.

Burlington had the most all-stars selections in the Freedom division with six all-stars while Wakefield and Watertown both had five. Melrose had four all-stars named, while Wilmington and Stoneham both had three. Melrose and Stoneham also had the league co-MVPs.

In the Liberty division, Lexington led the way with seven all-stars, while both Belmont and Woburn each had five all-stars chosen. Winchester had three all-stars named, Reading had two and Arlington had one.