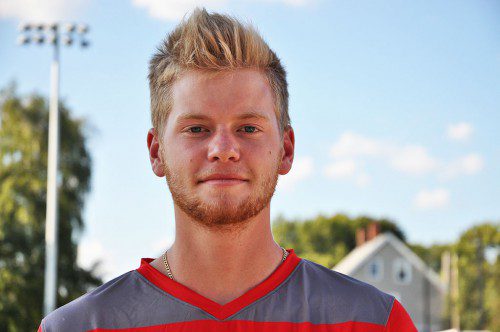 THE T-Stop would like to congratulate Andrew Auld for being named Wakefield Memorial High School Varsity Boys’ Soccer Player of the Week. Andrew has been a mainstay in Wakefield’s defensive third since his freshman year. This past week Coach Matt Angelo and his staff opened up the middle of the field for him and the senior captain responded with a goal against Arlington and two against Stoneham. Thursday’s goal was a deft finish off a well-placed cross. The first against Stoneham this past Saturday was ripped top shelf from some 20 yards out. The third was a flicked header, far post, off a well-timed near post run. In addition to the goals, Andrew forced several turnovers as his patrol of the mid-field caused both teams to call into question their commitment to winning the ball. 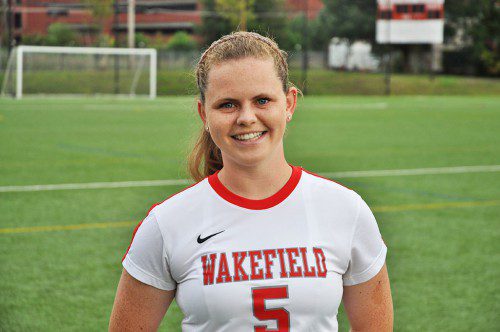 FARRELL MASONRY would like to congratulate Emma Hickey for being named Wakefield Memorial High School Varsity Girls’ Soccer Player of the Week. Emma is a junior keeper with one year of varsity experience. Emma emerged in last week’s games as a confident leader of the team in the net. Wakefield was able to stay in the Bishop Fenwick game strongly as a result of Emma making multiple saves from the strong-footed opponent. Her decision-making skills have greatly developed as has her awareness of angles and depth. She is a formidable force coming off her line to challenge for a loose ball or challenge a breakaway from the opposing team. Emma will certainly continue to play a major role on her team with her voice, fearlessness and devotion to improvement.