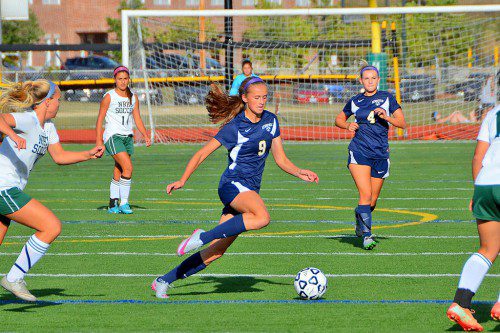 LYNNFIELD — The girls’ soccer team won both of its games last week, improving the Pioneers’ overall record this season to 7-4-1.

The Pioneers defeated Georgetown 5-1 on Oct. 9.

Junior forward Liz Reed scored the Pioneers’ first goal on a breakaway 15:47 into the first half, assisted by senior captain Abbie Weaver. Sophomore Kate Mitchell scored a goal off a long range shot at 23:16, giving the locals a 2-0 lead.

After the Royals scored their only goal of the game, junior midfielder Caroline Buckley scored the Pioneers’ fifth and final goal with four minutes remaining in the game. Sophomore midfielder Grace Sperling inbounded the ball to sophomore forward Lizzy Shaievitz, who found an open Buckley for the goal. 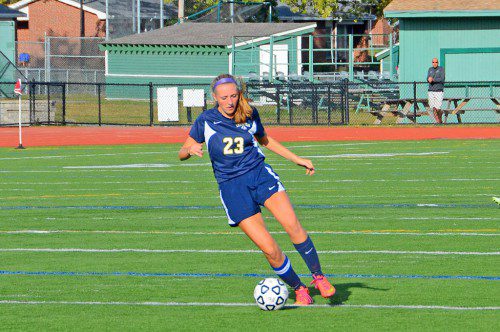 “I thought that overall we did a nice job controlling the game and moving the ball,” said Vermont. “It was a good win for us and we battled hard.”

The Pioneers defeated Manchester-Essex 1-0 on Oct. 6.

Reed scored the Pioneers’ only goal of the contest.

“We moved the ball well and had several chances but just couldn’t convert them,” said Vermont. “Manchester-Essex defended well and I thought we controlled the majority of the game.”