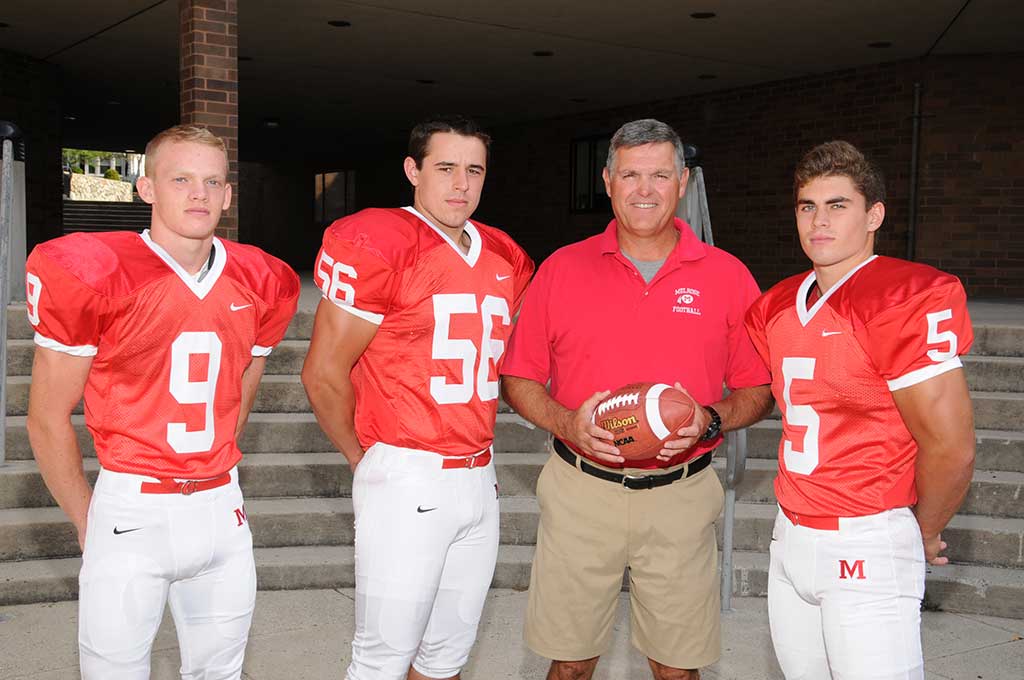 MELROSE — The 57th Melrose-Wakefield Thanksgiving Classic takes place in Wakefield this year on Thursday, Nov. 24 at 10:15 a.m. at Landrigan Field in Wakefield. The meeting is the 106th clash between the two teams in a rivalry that dates back to 1901.

Overall, Melrose leads that series 58-41-6. In 1960 the two teams transitioned their annual contest into the Thanksgiving Classic, making this their 57th meeting on the holiday. Melrose has dominated recent rivalry (six straight wins) while Wakefield holds the edge since 1960 with a record of 29-23-3.

This Thanksgiving a league title is on the line. Melrose (3-1, 7-3 overall) has a chance to take a share the M.L. Freedom title with a victory, which they’d split with Wakefield (5-5 overall, 4-0 in league play) and Watertown (also 4-1 in league). Unlike recent years, Thursday will be Melrose-Wakefield’s only meeting of this season. The Warriors have enjoyed a more competitive season than last year, featuring a strong running back in Joe Marinaccio and a very competent sophomore QB in Mike Lucey, who stepped in when their expected senior quarterback fell to injury; since then, Lucey has proven a keeper.

While Melrose has enjoyed an overall stronger record across the board in 2016, Wakefield has a flawless league record; the difference being Watertown, a team Melrose lost to and Wakefield beat this fall. However, if Melrose beats Wakefield on Thursday they will secure a share in their third league title in a row.

While the Red Raiders have had no trouble beating Wakefield in regular season contests, Thanksgiving games always bring the unexpected, and neither side can ever count on a given victory. Case in point: despite a Super Bowl appearance in 2014 Melrose narrowly escaped a loss on Thanksgiving in a 15-14 road win, thanks to a buzzer-beating, two point conversion by the Raiders.

According to head coach Tim Morris, a Melrose-Wakefield football contest can always bring the unexpected. “It will be a good game, we’re similar styled teams. Wakefield has good skilled players, very good receivers, big kids who make good targets.” The coach also notes that first year QB Lucey is someone to keep an eye on. “He’s come into his own, has a good arm and can run.”

Tim Morris is up against second year coach Steve Cummings of the Warriors, who’s credited for the team’s strong turnaround in 2016.

The 57th Thanksgiving Classic starts at 10:15 a.m. at Landrigan Field in Wakefield.