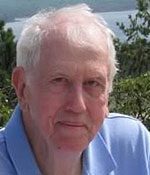 He was the beloved husband of Judith (Hoadley) Landers and cherished father of his son Thomas Raymond Landers of Chelsea and his daughters and sons-in-law Susan and Allan Hoffman of Andover, Julie and Thomas Quinn of Hingham and Maureen and Bruce McKean of North Andover. He was the very proud grandfather of Ethan T. Quinn (17) , Allison J. McKean (16), Benjamin D. Hoffman (16), Joseph S. McKean (14), Adam L. Quinn (13) and Maxwell S. Hoffman (10). He was the brother of the late Marilyn Walsh of Milton and the late Kathryn Moody of Rockland. He is also survived by his sisters-in-law and brothers-in-law Lois Hoadley and Daniel Flynn of Chelsea and John and Linda Hoadley of Naples, Fla. and many nieces and nephews.

He was born on May 16, 1933 in Boston. He was raised in South Boston where he made and kept lifelong friends. He graduated from Boston English High School and Boston College with degrees in Math and Physics.

Ray worked for many years as a scientist for AVCO Everett Research Labs and later as an aeronautical engineer at Raytheon for its Missile Systems Division.

Ray was known for his compassion, empathy and wonderful sense of humor.

Most especially, he will be remembered for his total dedication to his family.

The funeral service will be held in the McDonald Funeral Home, 19 Yale Ave., Wakefield on Tuesday, Oct. 25, at 11 a.m. Visitation for relatives and friends will be held at the funeral home on Monday, Oct. 24, from 5 to 8 p.m.