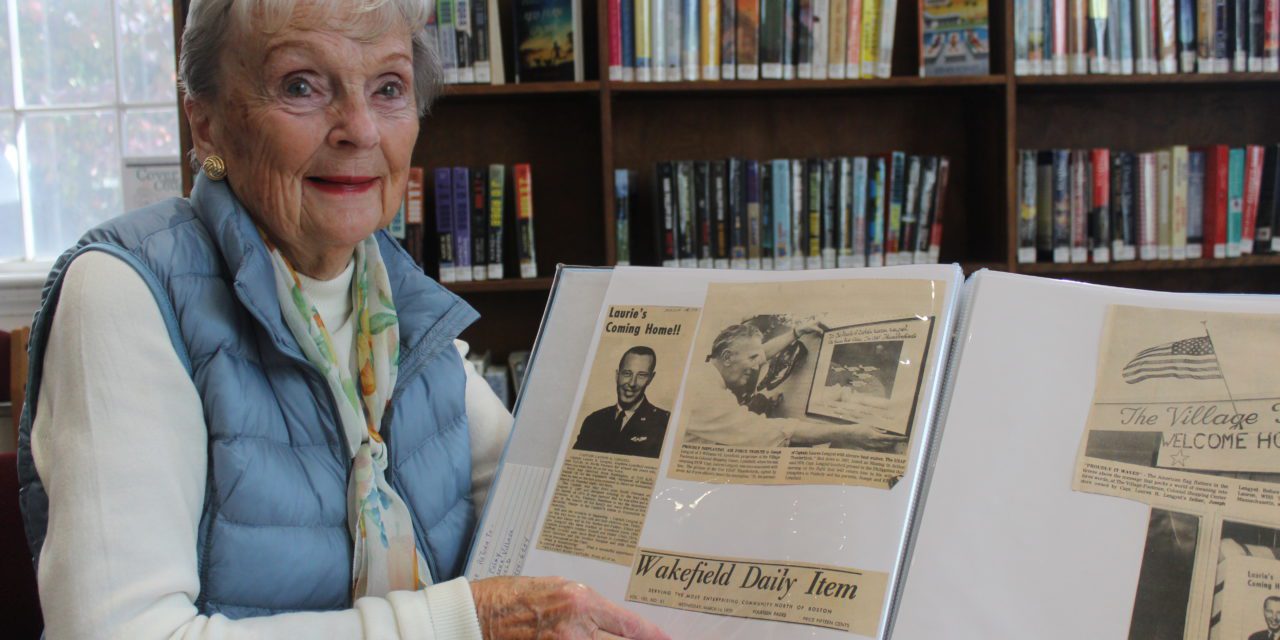 LYNNFIELD — Longtime Lynnfield resident Gail Foley grew up in town in simpler times when students attended Wakefield High School before the town built its own high school in the late 1950s.

“In those days, everyone knew everyone,” she recalled recently,

Also riding the bus to Wakefield was Laurie (Lauren) Lengyel, a popular student athlete and friend of Gail’s brother Stutz Plaisted. According to Gail, they all knew that Laurie wanted to become a pilot.

When Gail learned of Laurie’s death last April, she gathered the myriad of newspaper clippings she had kept about his Lynnfield homecoming in the spring of 1973. She then arranged these articles in an attractive scrapbook from which we can trace Captain Lengyel’s story of trial and triumph.

According to his obituary, Laurie “was commissioned as a 2nd Lieutenant and earned his Air Force pilot wings through the Aviation Cadet Program in 1958 in Greenville, Mississippi, where he met the love of his life, Margaret Gardner, and married in 1959.” He served all over the world flying fighter, transport and trainer aircraft. Then on Aug. 9, 1967, his RF-4C plane was shot down over North Vietnam. For two years, he was listed as Missing in Action (MIA) before it was determined that he was a Prisoner of War (POW).

Laurie’s wife Margaret and their four young children settled in West Peabody. They were then close to Laurie’s parents, Joseph and Elinor Lengyel, who lived on Williams Road in Lynnfield and owned the Village Footman in the Center.

Margaret was featured in a July 1969 “Boston Globe” article about the wives and families of POWs. One of the first things she did was to buy a movie camera. She wanted to preserve the images of her children: 9-year-old Joseph, 8-year-old Margaret Todd, 5-year-old Greg and 3-year-old Doug growing up. She did not want her husband to have missed these years when he came home. “She talks of when, not if” the piece concluded.

Meanwhile, the townspeople of Lynnfield would maintain a watchful vigil through the years while Laurie was a POW in North Vietnam. On Oct. 24, 1972, a large contingent of townspeople gathered on the Lynnfield Common, near the War Memorial, to dedicate a dogwood sapling as a “Freedom Tree” in honor of Laurie and all MIAs and POWs. His eldest son, Joseph, led the ceremony with the “Pledge of Allegiance” before his grandparents, Joseph and Elinor, shovels in hand, planted the tree. The Massachusetts Air National Guard and the town of Lynnfield sponsored the event.

The call, at last

The wait continued for three more years until March of 1973, when the family was told to expect a call from Captain Lengyel, whom they had not spoken with for almost six years. He was among 108 released U.S. prisoners flown to Clark Air Force Base in the Philippines for medical checkups and debriefing. The call with his wife and children was “deeply personal” according to Margaret Lengyel.

Three nights later, on March 17, the captain landed at Westover Air Force Base in Chicopee to the tumultuous applause of some 400 plus well-wishers from Lynnfield and beyond. Among them were Gail Foley and her husband, Lynnfield police officer Ted Foley, an experience she described as “unforgettable.” Though 20 pounds lighter than his normal weight, Laurie looked ecstatic as he embraced his wife and children.

The whole family then enjoyed dinner at the base. Laurie and Margaret stayed at Westover for several days while his older brother Ronald Lengyel and his wife, Doreen, took care of the children who went back to school. A few days later, Laurie returned to Lynnfield in the company of his “escort officer,” Captain Stevens, who was assigned to assist in all aspects of Laurie’s stateside re-entry. Stevens had also helped his charge get outfitted in new uniforms while in the Philippines. A few days later, Laurie insisted on driving home himself, stopping to admire the “Freedom Tree” on the Lynnfield Common that had been planted in his honor years before.

The Lengyel home at 6 Pontiac Rd. in West Peabody was festooned with American flags and banners, as were most other houses in the neighborhood. It was a joyous return with his youngest child, 6-year-old Doug, anxious to wait on Dad at every turn. Another “family member” the Captain was pleased to see was his old hound dog, Rex, who recognized him immediately.

A month later, the good people of Lynnfield and Peabody held an official Welcome Home Day in Captain Lengyel’s honor. The parade started at the Lynnfield-Peabody line, proceeding along Main Street to the Common. The family rode in an open convertible on that chilly spring afternoon, waving and acknowledging the cheers from 5,000 well-wishers. Laurie’s remarks were brief. He thanked the community for their love and support while remembering his comrades-in-arms who would not return. 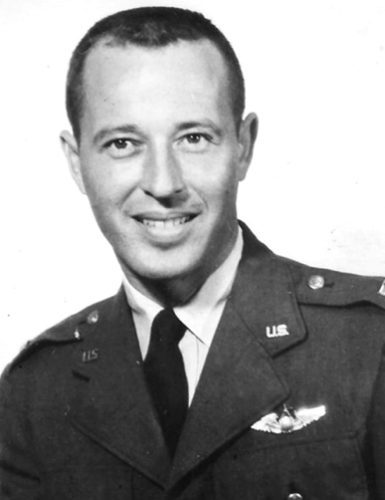 “I am the happiest and proudest man in the world today,”
Laurie said during the Town Common ceremony. “My only regret is that so many have not been as fortunate as I. They paid a high price. But a great country and a great people like you will always be worth that price.”

Later that evening, a gala dinner reception was held at the Holiday Inn in Peabody. After being praised by local dignitaries, Laurie addressed an enthusiastic, overflowing crowd of family, friends and neighbors. That spring, the Lengyels took their four children to Disney World. The couple then took a well-deserved trip to Hawaii. Months later, the family moved to Texas, where Laurie continued his Air Force career.

Laurie died this April at age 87 in Schertz, Texas with the rank of Lieutenant Colonel after 33 years of service. He left behind his wife of 63 years, Margaret, his four children and their spouses, 10 grandchildren and five great-grandchildren.

The town of Lynnfield has always had a strong tradition of celebrating its service members, particularly on Veterans Day. Almost a half-century has passed since Captain Laurie Lengyel’s triumphant return home from North Vietnam in 1973. Fortunately for us, Gail Foley’s recording of that event, through contemporary newspaper accounts, preserves the story of our town’s hero for posterity. So does the dogwood tree, planted in his honor that blooms each spring on Lynnfield Common.