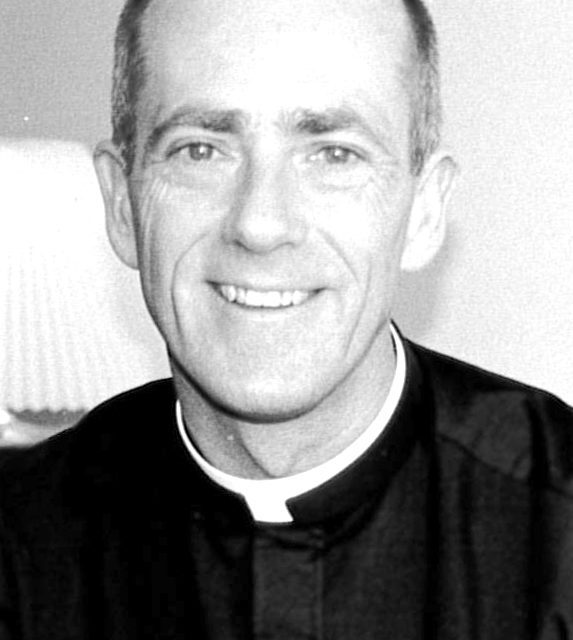 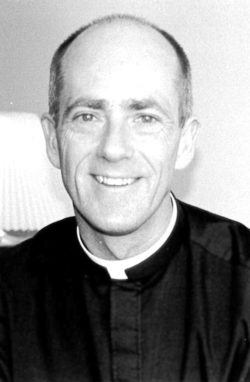 WOBURN — The Rev. Thomas J. Powers passed away peacefully on Friday, May 20, 2022 with his beloved family at his side. He left us on the 27th anniversary of his ordination to the Catholic priesthood. He had served in Woburn as pastor of St. Barbara Church since 2014, and, from 2018, of St. Anthony Church as well. Tom was 67 years of age.

Born in Lynn, he was one of four children of the late Robert H. and Helen I. (Reynolds) Powers, in a family of close siblings. Tom began his education at St. Michael’s School in West Lynn, and went on to St. John’s Preparatory School in Danvers, graduating with the class of 1973. He earned his undergraduate degree in Political Science in 1977 from the University of Massachusetts, Amherst.

Tom began his career as a constituent service Case Manager with the North Shore district staff of Congressman Michael J. Harrington, (D-Beverly). He then joined the American Red Cross in 1979 as regional administrator for Blood Donor Services, where he worked for many years.

Tom’s journey to the priesthood began with his deepening involvement with his parish church community in Malden, which led him to take classes to earn a master’s in theology at the Jesuit Weston School of Theology in Cambridge. With a sense of a calling, in 1991 he entered the Pope John XXIII Seminary and he was ordained in 1995.

Fr. Tom’s service in the priesthood began in Reading at St. Agnes Church, followed by an assignment as parochial vicar of St. Theresa Church in North Reading from 2000-2003 until he accepted his first pastor position in Lynnfield at St. Maria Goretti Church. This was his home and community for many years. He later served as pastor of the collaborative that was formed between St. Maria Goretti Church and Our Lady of the Assumption Church, also in Lynnfield. Fr. Tom then briefly served at St. Patrick’s in Stoneham prior to his current assignment.

Fr. Tom arrived in Woburn in 2014 and was promptly charged with creating a collaborative with two of the three parishes in the city. With the help of his clerical colleagues and engaged parishioners, he oversaw the seamless integration of the parish communities into the Woburn Catholic Collaborative.

Fr. Tom was endowed with a remarkable ability to attend to the needs of others, recognize their talents, and mobilize their good will and intentions. This cornerstone of his leadership enabled him to build his parishes and to empathetically address the spiritual and personal needs of his parishioners.

Following his compassionate heart, Fr. Tom included service as a chaplain at Massachusetts General Hospital as a major feature of his ministry. He was appreciated by patients, their families, and medical caregivers for his dedication to those suffering in difficult situations, especially at their final moments. He felt great responsibility to support them with prayer and hope that offered comfort and meaning.

Throughout his career, Fr. Tom remained close to his own family. He supported his parents in their final years with administrative support, near daily visits, moral and spiritual nurturing, logistical support, and his inspirational senses of humor and perspective.  He was best friends with his siblings and their spouses and partners, and played a special part in the lives of his nieces and nephews on the North Shore and in California. He attended their games, performances, admired their accomplishments and just hung out with them as a thoughtful, warm and mischievous extra parent. He had a soft spot for the shaggy canines in his siblings’ households.

Fr. Tom took an active interest in the well-being of visiting priests from Africa who found a congenial home and love and support in the community of his rectory as they pursued their graduate studies in the Boston area and contributed to the ministry of the Woburn collaborative.

His spiritual calling remained paramount and he relished his responsibilities to bring the sacraments and their grace to the community. His deepest love was saying Mass for the sense of unity he felt with God in the presence of his people.

Fr. Tom was a private person and he navigated his final illness and the challenges of his treatments and the ups and downs of his journey with extraordinary, self-effacing grace. Even in pain he told everyone he was “doing fine” and he never abandoned his sense of responsibility to his parishes, his colleagues, and his family members. Rest in peace Fr. Tom.

The family requests that remembrances be made in Rev. Thomas J. Powers’ memory to the work of Catholic Relief Services, 228 West Lexington St., Baltimore, Maryland 21201-3443.

Fr. Tom was the cherished brother of Brian A. Powers and his wife, Katherine Riggs, of San Francisco, Calif.; Mary J. Powers and her partner, Mary Campagnolo, of Lynn, and Ann M. Powers Gallagher and her husband, Richard P. Gallagher Jr., of Reading. He was the very proud uncle of Natalia Powers Riggs, Aidan Powers Riggs, Caleb Gallagher and Catherine Gallagher. Fr. Powers is also survived by his dear aunts, uncles and cousins, as well as countless friends and parishioners.