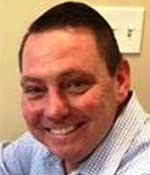 Son of the late Charles Richard and Rosanne (Pascarelli) Brawley, longtime residents of Wakefield. Brother of Dawn (Brawley) Angelo and her husband Stephen of Methuen, Steven Brawley of Malden and Joseph Brawley and his wife Sharon of Tewksbury.

Born in Woburn Rick was raised and educated in Wakefield, a graduate of Wakefield Memorial High School. He was successfully employed most of his working career in the automobile industry. Rick was an avid fan of the Patriots, Bruins and Red Sox. He enjoyed snowmobiling in New Hampshire during the winter months. Rick’s true passion was tuna fishing out of Gloucester spending countless hours at sea. He loved the challenge of catching tuna. He also enjoyed many fishing trips to Cabo San Lucas. Also survived by nieces and nephews Stephen, Kelly, Stephanie, Robert, Michael and Richard.

A memorial mass will be held on Saturday, September 8, at 11 a.m. at Saint Florence Church, 47 Butler Street in Wakefield. www.andersonbryantfuneralhome.com