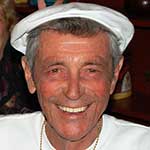 MELROSE — Robert M. Walsh, 84, a longtime resident of Melrose, passed away peacefully surrounded by his family after a courageous battle with cancer on Wednesday, Dec. 14.

Mr. Walsh was born in Malden on April 28, 1932, one of four children of the late Richard and Rose (Hodge) Walsh. He was raised in Malden, graduated from Malden High School, and served his country in the U.S. Army during the Korean War.

Bob settled in Melrose to raise a family of four children and was a proud member of the Local 537 Pipefitters Union for over 60 years. He enjoyed his work in the air conditioning service and installation industry for many years.

Bob was a family man first and foremost. He was always ready for a family event, holiday or birthday and loved family dinners. With the growth of his grandchildren, came great-grandchildren and he was always excited to be around “the kids.”

Although he did travel to Arizona for several months during the winter, after a couple weeks he was ready to come home. Always active, Bob enjoyed going for hikes, taking a day trip to Maine and was always willing to help out with a family construction project, even into his 80s. He loved swimming at the lake in Maine with the kids, and in his younger years impressed everyone with his dual waterskiing and cigar smoking adventures. Simply put, Bob loved being around his family and cherished all the good family memories.

Throughout his life, Bob was well known for his love of socializing and dancing. For years, he went dancing with his friends around Boston and was a member of the Lt. Norman Prince VFW Post 1506 in Melrose and the American Legion Post 273 in Burlington. He was a smooth operator on the dance floor and with his quick wit and wide smile, a charmer off of it. Bob enjoyed a good laugh with friends and catching a Patriots or Red Sox game with his friends or family.

In his free time, Bob enjoyed spending time on his Harley-Davidson traveling around the country. He went everywhere and in the last 20 years took his Harley to Arizona for the winters with his longtime best buddy, Charlie. Bob was truly one of a kind. He was a fun-loving, good man who loved his family and was a loyal friend. He will be missed.

Relatives and friends gathered in honor of Bob’s life during visiting hours at the Robinson Funeral Home, 809 Main St., Melrose on Sunday, Dec. 18, from 2 to 6 p.m., and again for his funeral service celebrated on Monday at 9 a.m. Interment with military honors by the U.S. Army at Wyoming Cemetery, Melrose.

Donations in Bob’s memory may be made to Care Dimensions, 75 Sylvan St., Ste. B-102, Danvers MA 01923, https://give.caredimensions.org/donate. For more info RobinsonFuneralHome.com.