That message was “choose love.”

Lewis was the mother of 6-year-old Jesse, who was one of 20 first graders and six educators who were murdered at Sandy Hook Elementary School in Newtown, Connecticut on Dec. 14, 2012. It was one of the worst mass shootings in U.S. history.

“One morning I am holding hands with my 6-year-old in his car seat and the next thing I know there has been a shooting and he has been murdered,” said Lewis.

Lewis said Jesse was a hero when the shooting took place. She said her son urged his fellow classmates to run while the gunman, Adam Lanza, was reloading.

Lewis said Jesse “had a very full but short life.”

“He was always happy and bouncing off the walls with energy,” said Lewis. 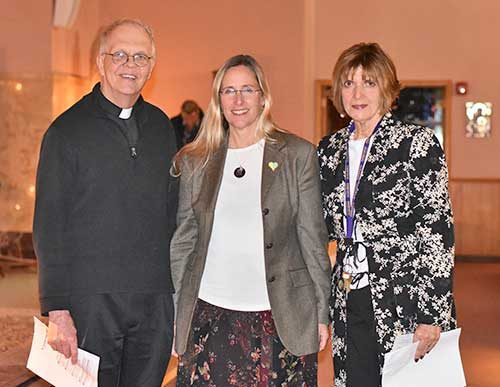 After returning home in order to get clothes for Jesse’s funeral, Lewis noticed Jesse had written three words on the kitchen chalkboard before he died.

“He wrote ‘nurturing, healing, love’,” said Lewis. “These words were a message of comfort for his family and friends. I knew I would be spending the rest of my life spreading this message.”

“It was a little note folded up on J.T.’s desk,” said Lewis. “It said ‘from Jesse, have a lot of fun.’ That was a beautiful last message from a little brother to a big brother.”

“Instead of coming together to help solve the issue, we were being pulled apart by opinions and perceived differences from one another,” said Lewis. “I knew I didn’t want to be against something. I wanted to be for something. And the most important thing I could be for was love. What caused that tragedy at Sandy Hook was a lack of love.”

Lewis has forgiven Lanza for murdering her son.

“There are only two types of people in the world,” said Lewis. “There are good people and there are good people in pain. There is always something we can do to ease that pain. People learn to hate and if they can learn to hate, they can be taught how to love. This whole tragedy started with an angry thought in Adam Lanza’s head. Everything starts with a thought and a thought can be changed. This whole trajectory could have been changed at any time. If Adam Lanza had been able to give and receive nurturing, healing, love, then the tragedy would never have happened. It’s as simple as that.”

While Lewis said she has forgiven Lanza, she said she misses Jesse every day.

“I still grieve,” said Lewis. “I still miss Jesse every single day and I still cry every day. That has not subsided.”

A call to action

After Jesse’s murder, Lewis started the Jesse Lewis Choose Love Movement. The nonprofit organization seeks to ensure every child has access to social and emotional learning programs in their schools’ classrooms.

“I have worked to provide programming in schools to teach kids how to thoughtfully respond in every situation, circumstance and interaction with love,” said Lewis. “When you do that, you are taking your personal power back. You are making the world a better place. When you respond with anger, hatred and revenge, you are becoming a victim and not adding value.”

Lewis said love is a universal concept that brings people together.

“It doesn’t matter how old we are, what religion we practice, what language we speak or what the color of our skin is,” said Lewis. “We are all exactly the same. We want to love and be loved.”

“That statistic jumps to 60 percent by the time they are 21,” Lewis continued. “And the majority of those diagnoses is anxiety. The average age for onset anxiety is six-years-old in this country, and we know 70 percent of those kids will not get professional help, so they suffer alone.”

“Trauma has increased in schools,” Lewis continued. “Twenty years ago, there was groundbreaking research called the ACE (Adverse Childhood Experiences) Study. That study found that one in five children were coming to school traumatized. There is recent research that shows that number is over 50 percent.”

Lewis said, “Bullying has increased by 21 percent” since it started being monitored in 2003.

“And that is traditional bullying,” said Lewis. “We don’t have a handle on cyberbullying.”

Lewis also said “there are more suicides in the U.S. than murders” and “substance abuse is skyrocketing.”

“We had more deaths from drug overdoses in the last year than ever before in the history of mankind,” said Lewis. “And that number is expected to increase over the next five years.”

Lewis said loneliness is another epidemic that is on the rise.

“Eighteen to 24-year-olds are reporting that they are lonelier than senior citizens,” said Lewis.

Lewis said post-traumatic growth is the concept that people “grow through trauma.”

“There are so many different ways you can grow through difficulty,” said Lewis. “Pain and suffering are the triggers that make us grow. We all have pain, but it’s how we choose to respond to that pain that shapes and molds us.”

Lewis said social-emotional learning is “actually the number one way to have a safe school.” She noted Sandy Hook’s security protocols were not followed during the shooting.

“When we think about safe schools, we automatically think about external safety measures,” said Lewis. “They are important, but none of that addresses the cause of why a child would want to come into a school and harm themselves or someone else. The only thing that does that is social-emotional learning. Kids that have meaningful connections can manage their emotions and are resilient to the issues that we know they are going to face will not want to harm one another or themselves.”

Lewis said one of the skills children need to learn involves developing courage.

“Everything we do starts with courage,” said Lewis. “Courage is like a muscle. We need to be aware of it and we need to practice it.”

“There is always something to be grateful for,” said Lewis.

“Our number one challenge on a daily basis is to overcome our fear and choose love,” said Lewis. “We can teach kids to choose love in every situation. That is the world I want to live in.”

Lewis said the free Choose Love program is being taught in schools in all 50 states and 67 countries. She is also starting a similar program for parents to use at home.

“It’s a comprehensive yearlong social-emotional learning program,” said Lewis. “It’s the only program written by educators for educators. It is short, powerful lessons. Most classrooms teach it once a week and have had powerful results. We have impacted 1.5 million students by word of mouth.”

In response to a question from a man in the audience, Lewis noted the Sandy Hook Advisory Commission report included recommendations pertaining to gun safety, mental health treatment and social-emotional learning.

“They specifically talked about the lack of social-emotional learning at Sandy Hook,” said Lewis. “They said every school should have a comprehensive social-emotional learning program taught with fidelity. I know that would have saved my son’s life. That is why I have dedicated my life to making sure every child has it. Our program has no cost because every child is going to use these skills and tools in every part of their life.”

After Lewis concluded her remarks, she was given a standing ovation. 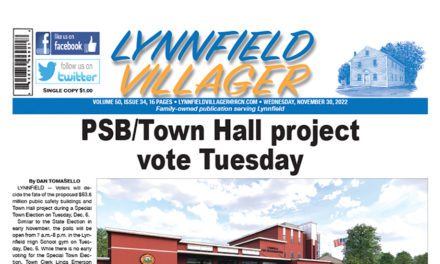 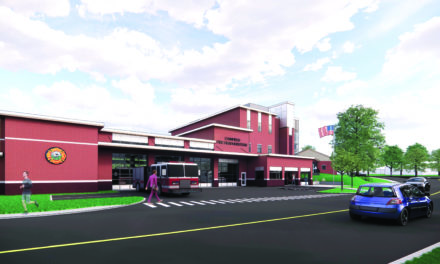