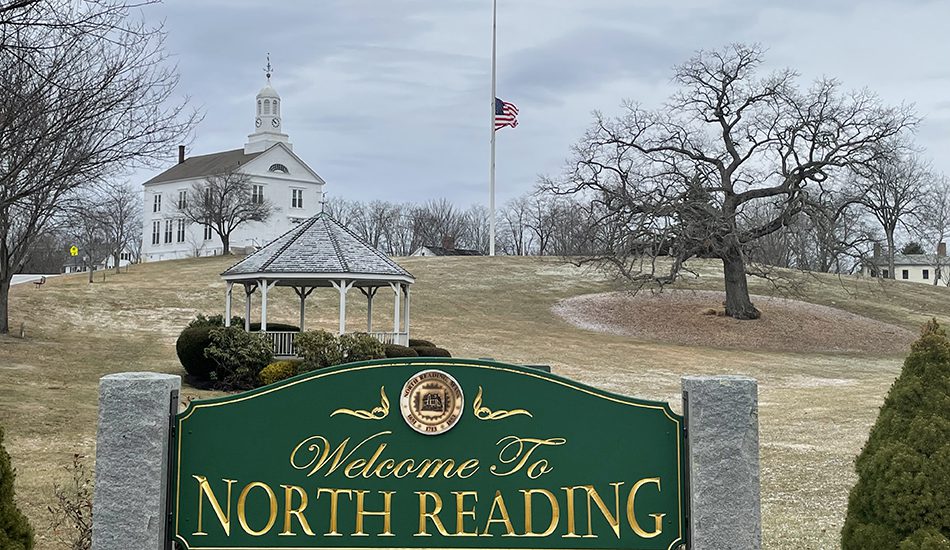 THE AMERICAN FLAG was lowered to half staff on the Town Common to honor the memory of retired Fire Chief Edward O’Brien who died January 8. The flag in front of the Fire Station was also flown at half staff. O’Brien served his entire firefighting career in North Reading. He was appointed a Call Firefighter in 1974 and joined the permanent department in 1977. In 1991, he earned the rank of Captain. He was named Chief of the Department in 1993, a position he held until his retirement in 2005. (Maureen Doherty Photo)