WORLD RENOWENED fiddler Mari Black had her audience’s full attention while she and her World Fiddle Ensemble performed tunes from around the world. Black performed at the Standing Room Only’s final concert of the 2014-2015 season Saturday night. (Gail Lowe Photo)

WAKEFIELD — When you’re in Finland and invited to waltz, what do you do?

This is exactly what people did Saturday night at the Unitarian Universalist Church on Main Street when the world-renowned Mari Black and her World Fiddle Ensemble (bass player Joseph Magar, guitar and flutist Joseph Carmichael, cellist and Black’s mother Bonnie Black and accordionist Cory Pesaturo) entertained about 100 ticket holders.

Black invited everyone to get up and waltz when she and her ensemble played a gorgeous piece that originated in Finland. Soon, four or five couples were at the rear of the church lost in the swirl of dance.

The occasion was the final Standing Room Only concert of the 2014-2015 season, and the title “Excursions” was apropos.

For a good two hours, Black, billed as a multi-style violinist, took her audience on an around-the-world tour while playing music indigenous to the American South, Eastern Europe, Middle East, the United Kingdom, Scandinavia and South America.

In a phrase: A feast for the ears.

“You’ve got your passport,” said the energetic, engaging Black, “Now let’s go!” And she launched right in with a Hungarian selection. The piece had a slow, haunting beginning but Black turned up the tempo midway through and soon had people stomping their feet and grooving to the tune.

“Cory plays faster than anyone in the world,” Black commented during the show.

The young musician not only has a gift for fiddling; she has the gift of gab that borders on comedy. She held the audience in the palm of her hand the entire night as she talked about playing in Irish pubs and making her fiddle sound like a grouchy old man. She also has a playfulness about her that was in full evidence when she played a Brazilian piece and broke into the theme from “Star Wars” halfway through.

Black thrilled her audience with every selection and had everyone on their feet at the finish of a beautiful South American tango infused with a jazz influence. She finished the night with a standard often heard at New England contra dances.

Black has had plenty of opportunity for exposure to sounds other than American. She has traveled the world and has been featured at Celtic Highland Games, Argentine tango festivals, folk festivals, jazz concert series and world famous classical conference venues, including Carnegie Hall. Her reputation is rapidly building as one of the most dynamic young artists of her generation. In 2014, she was crowned Glenfiddich fiddle champion of Scotland.

Black and Pesaturo are graduates of Yale University and New England Conservatory of Music, respectively. Both also are dedicated to education. Black has held frequent outreach conferences and workshops at schools, festivals and universities. She has also taught at the renowned Mark O’Connor fiddle camp. Pesaturo also has played at the White House for former President Bill Clinton and his wife and presidential candidate Hillary Clinton. On one of those occasions, Pesaturo became the youngest person ever to perform at a state dinner.

During their performance, both Black and Pesaturo kept time enthusiastically with their feet, Black nearly breaking out in dance at various points in the program.

Bonnie Black said that when the family lived in a house in Maine, Mari practiced in an upstairs room and stomped her feet so hard, her mother thought she might come through the floor.

Good for music lovers in Wakefield and around the world that she didn’t. We want her in good shape so she can make her way back.

Black has a new CD titled “Flight” and many of the selections she performed Saturday night are included, such as “Jig of the Lost Bells.” Orders can be placed online at various websites. She will next perform her Fiddling Around the World concert at Club Passim in Cambridge on Wednesday, May 13 at 8 p.m. 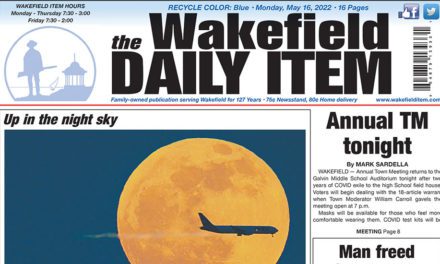 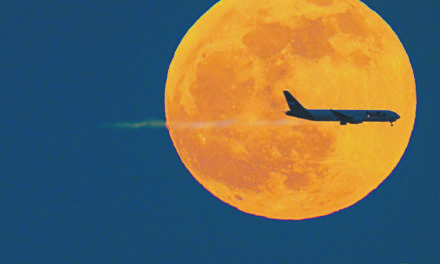 PHOTO: Up in the night sky