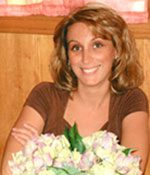 NORTH READING — Stephanie Lombardo–Saulnier, 37, of North Reading, passed away on July 11, surrounded by her loved ones. Since her diagnosis of breast cancer in 2013, Stephanie had bravely and ferociously fought her way through the continuous cycle of treatments and scans, never giving up hope that she could beat this relentless disease. Her drive and focus had always centered on her two beloved little boys, Sean and Andrew, always making sure they were well cared for and never went without. She cherished her role as a mother and was adored by her children.

Along with her boys, Sean, 6 and Andrew , 4, Stephanie leaves behind her husband Daniel Saulnier of North Reading; her parents Joseph and Elaine Lombardo of Peabody; her brother Joseph and sister–in–law Jennifer Lombardo of Orlando Fla.; her sister Lauren Lombardo and brother–in–law Douglas and nephews Patrick and Cameron Little of Salem. She also leaves her in-laws Ginny and Charlie Saulnier of New Hampshire; brothers–in–law, Timothy and Steve, and sister–in–law Bethany. She is survived by her beloved grandmother Nellie Lombardo and pre-deceased by her grandfather Albert. She also leaves behind many close aunts, uncles and cousins and a community of friends and cancer survivors.

Stephanie had a love of animals, good food, shopping and spending time with family and friends. Growing up she cherished Sunday dinners spent with her Italian family and had many fond memories of sleepovers and camping with her many aunts and cousins. She loved her children with a passion as only a mother can and her biggest regret was the inability to watch them grow into the wonderful men we know they will be. We will always share memories of the mother that loved them dearly, who enjoyed watching soccer games, arranging play dates and making sure her children were always cared for and happy while she fought and fought through sickness and fatigue.

Stephanie leaves us with a hole in our hearts that can never be healed but we will take from her the strength and courage she fought her battle with and we will live each day with her memory in hopes that we can be as strong and courageous as she was.

Stephanie’s family would like to give a special thanks to the entire North Reading community who rallied behind Stephanie offering so much generosity and support to her and her family. They would also like to thank everyone who donated to her GoFundMe site and the amazing women at Survivors By The Sea, whose generosity and kind words gave her strength and support in her time of need.

Stephanie’s funeral was held  on Wednesday, July 15 from the funeral home at 9 a.m. Her funeral Mass was at St. Athanasius Church, 300 Haverhill St., Reading. Relatives and friends visited with the family at the Cota Funeral Home on Tuesday. Interment was in Riverside Cemetery, North Reading. In lieu of flowers donation should be made to the Stephanie Lombardo Saulnier Trust Fund, 15 James St., Peabody MA 01960.