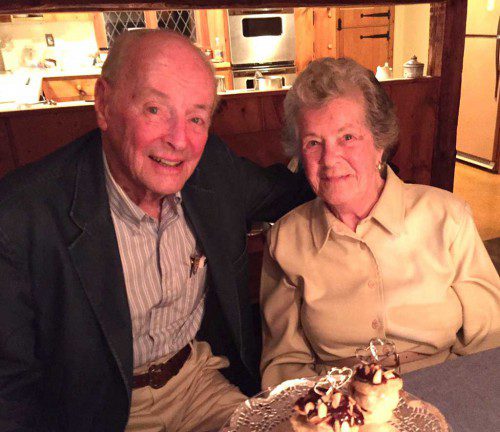 CHARLIE AND ARNIE WILLS celebrated their 70th wedding anniversary on September 22, 2016 with a small family party held in their honor.

Mr. and Mrs. Charles B. Wills of Smith Farm Trail in Lynnfield celebrated a very special wedding anniversary on September 22, 2016. 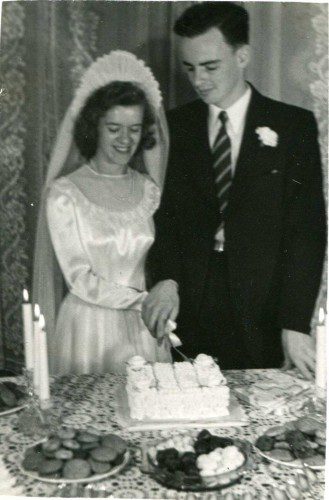 The couple was married 70 years ago, in 1946, at the First Baptist Church in Melrose, the city where they both were raised.

Charlie and Arnie Wills have resided in Lynnfield for nearly seven decades where both have been active members of the community and where they raised their children.

Their anniversary is being celebrated by a far-flung family of four children: Richard Wills (Colorado), Nancy Keteku (Ghana, West Africa), Cynthia Harriman (New Hampshire) and Martha Rausch (Massachusetts), along with three sons-in-law, seven grandchildren (plus three in-laws), and four great-grandchildren, including the most recent additions to their family tree – twins born in July in South Africa.

The couple’s memorable milestone was marked with a small family party held in their honor.

Mr. Wills founded Charles B. Wills & Company and he built many of the homes in Lynnfield. He remains active in town affairs as a member of the Lynnfield Planning Board. At age 92, he is currently the town’s oldest elected official.