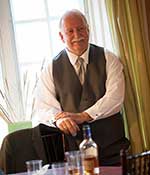 Mr. Wholley was raised in Everett and was a graduate of Everett High School, Class of 1968 and Lowell Technical Institute, Class of 1972. He was a former Wakefield resident and was a member of St. Joseph Parish. He worked at VHB in Watertown for many years as a civil engineer and retired in 2015.

His funeral will be held from the McDonald Funeral Home, 19 Yale Ave., Wakefield on Monday at 9 a.m. followed by a funeral Mass in St. Joseph Church, 173 Albion St., Wakefield at 10 a.m. Interment, Lakeside Cemetery, Wakefield. Visitation for relatives and friends at the funeral home on Sunday from 2 – 6 p.m.