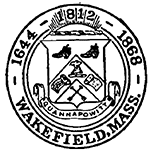 WAKEFIELD — The Department of Public Works will be able to go ahead with plans to rebuild a major sewer pumping station at the end of Lakeview Avenue after the Conservation Commission issued a negative Determination of Applicability last night. Lakeview Avenue runs off Main Street at the head of the Lake.

DPW Director Richard Stinson told the commission that the town has nine major sewer pumping stations. He said that the town has rebuilt four of the stations and currently has the funding to rebuild three more: The one at Lakeview Avenue, another at Spaulding Street and one on Plaza Road at the Melrose line.

Stinson said the Lakeview Avenue Station needed the ConCom’s OK because there are wetlands in the back. He said that the old pumping station at that location was built in 1971 and typically would have a lifespan of 25 to 30 years.

In response to a question from Commissioner Mickey Laskey, Cevallos said that the contractor would try to get the quietest temporary pumps possible but noted that sewer activity is much lower overnight so the pumps would be less likely to kick on.

Cevallos told the commission that he relied on a town GIS map to determine the location of the nearby wetland, but commission chairman Frank J. Luciani Jr. told Cevallos and Stinson that they would need to have one of the town’s conservation agents do a wetland delineation.

Stinson assured the commission that excavated material will be trucked off the site and out of town. He said that only clean material would be used to backfill the hole. He also assured the board that both the Building Department and Town Engineer Michael Collins would have input on the project.

Stinson said that before work begins there would be a meeting with neighbors to give them information about the project. He said that the newer station would be quieter than the current one.

The work site will be secured with a fence at night, Cevallos said.

The commission attached three conditions to their decision. A dewatering plan must be provided for the commission’s review; there must be secondary containment for the temporary pumps, and the wetland line must be confirmed by the conservation agent.

Luciani said that with fewer filings coming before the commission than in the past, he thought that the group should focus more on its functions regarding open space and recreation. He advocated that the ConCom begin looking at various pieces of town-owned land to determine if they have potential value for recreation or open space. The ConCom would then ask the town to preserve and set those areas aside.

The commission discussed the fact that the town does have an expired Open Space Plan and further discussed the logistics and potential benefits of updating the plan. They agreed to review the plan at an upcoming meeting along with a comprehensive map showing the location of all town-owned lands.