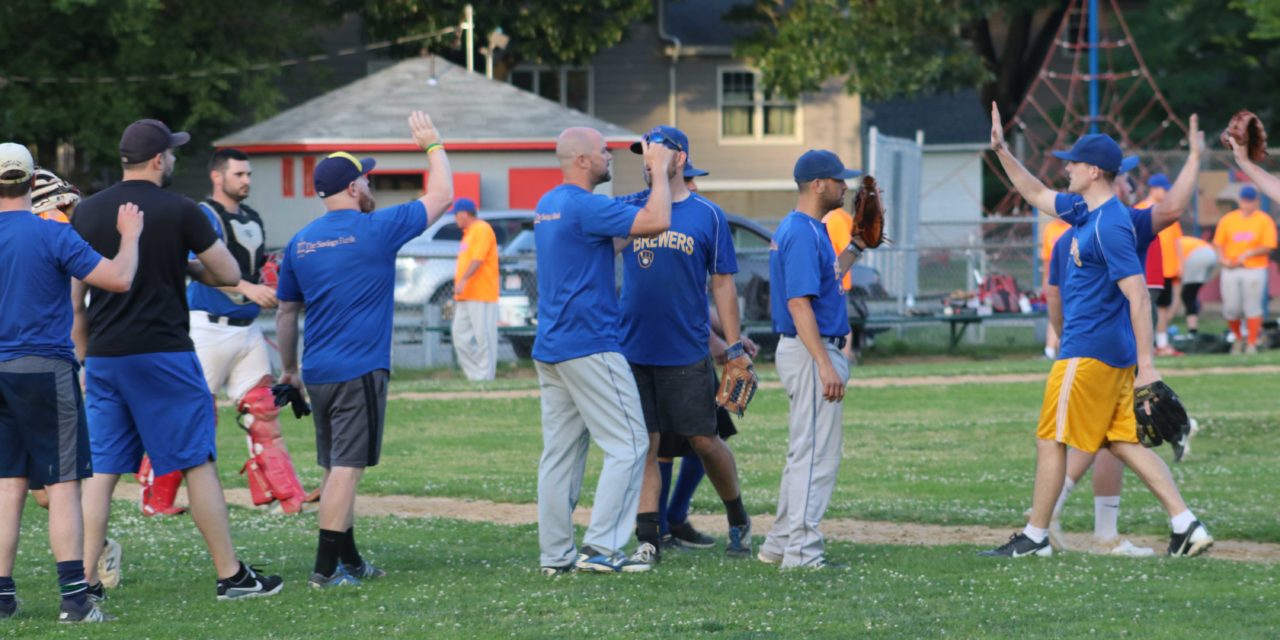 WAKEFIELD — Pro tip: If you want your postseason to warm up quickly, start it up in a heat wave.

Game one’s of the league’s first round/semifinals were yesterday at Moulton Park.

The top-seeded and reigning champion Brewers, who finished the regular season at 9-3, defeated the Unknowns (6-6) with temperatures reaching 98 degrees.

Later on, the No. 2 Slappers (8-3) and No. 3 Highlife (6-6) dodged some 90-degree thunderstorms to play their game one in which the Highlife were victorious.

The Twi League semifinals are a best-of-three format, meaning the Life and Brew Crew can advance to the Finals with wins in game two.

Game two between the Slappers and Highlife is tonight. All remaining first round playoff games will be played at Moulton Park, 5:45 p.m.

That mirrored well the roller coaster season of the Highlife, who were 2-5 and on the outside looking in terms of the postseason after that 12-10 loss, a game in which the Slappers erased a 10-3 deficit with nine runs in the 6th.

The Life responded to that by winning four of their final five games. With last night’s victory, they have now won four in a row.

The 2020 champion Slappers had the league’s highest-powered offense this year scoring 91 runs, 11 more than the Brewers. As was the case in their championship year, the Slap will need some pitchers to step up in game two and beyond, something the team is more than capable of as they allowed just 53 runs this season, second only to the Brewers (32).

The Unknowns will look to bounce back in game two, tomorrow night.

The Brewers didn’t skip a beat this season after winning it all last year. They came out firing with a 5-1 record and ended up finishing the campaign with a four-game winning streak to secure first place. With last night’s victory, the Brewers have a live, five-game winning streak.

The Unknowns have experienced peaks and valleys this season, an early three-game winning streak from late June to early July helping them towards a 5-2 record. The Questions Marks came back down to earth after that and with last night’s loss, they have dropped five of their last six games.

The championship round, which is a best-of-five series, is not scheduled yet.