WASHINGTON, D.C. — The ink is barely dry on a $1.9 trillion stimulus package that includes hundreds of millions of dollars for Massachusetts child care providers, but U.S. Rep. Katherine Clark says the child care system needs more attention to be able to do more than just get back on its feet after the pandemic.

“This is our opportunity with a White House and president that has made this a top commitment to follow through and build on the stabilizing funding that we were able to get in the American Rescue Plan and move toward permanent change to benefit our youngest learners and their families,” Clark said during a virtual press conference.

Clark filed an identical bill last summer as centers were struggling to reopen in the midst of the COVID-19 pandemic. It was included in a $1.5 trillion infrastructure bill that passed the House, but never became law.

Now that President Joe Biden has signed the COVID-19 spending bill, Democrats and the White House are considering another pass at an infrastructure bill that Clark, now the assistant House speaker, is eyeing again as a way to advance her child care proposal, an aide said.

Clark said the lack of public investment in child care and early education created a situation even before the pandemic where families were struggling to afford care, educators were paid very little and facilities were aging.

“With this legislation we are acknowledging a fundamental truth. Child care is infrastructure,” she said.

The recently signed “American Rescue Plan” included $39 billion for child care providers, pushing the relief for the industry from the past two stimulus bills to roughly $50 billion and achieving the goal set by U.S. Sen. Elizabeth Warren and other Democrats with their “Child Care is Essential Act” to help day care centers pay for staff, personal protective equipment and expenses tied to resuming operations.

The newest stimulus included an estimated $512 million in child care and development block grants for Massachusetts and $13.6 million in Head Start funding. The law also includes relief for parents through an expanded child care tax deduction that climbs to 50 percent of qualifying expenses up to $4,000 for one child, or $8,000 for two or more children, and makes families at higher income levels eligible.

“But the work doesn’t end here. In order to rebuild we have to address the underlying inequities that made us so vulnerable in the first place,” said Melissa Boteach, vice president for income security and child care and early learning at the National Women’s Law Center.

Clark said 40 percent of child care providers that closed during the pandemic still have not reopened, and Boteach said one in six early education jobs has been lost to COVID-19. That, she said, has led to employees, mostly women, leaving the workforce.

“Child care is infrastructure,” Boteach repeated. “It’s the work that makes all other work possible.”

He said vacant retail and office spaces could be redeveloped into child care centers.

“The condition and quality of facilities have a huge impact on the health safety and of children who spend hours every day there,” Pasquariello said.

While Democrats control the House and have a tie-breaking vote in the Senate with Vice President Kamala Harris, Clark said there’s no reason support for child-care and early education providers can’t be a bipartisan effort.

“It is important that in every single congressional district in this country there are parents who need child care,” Clark said. 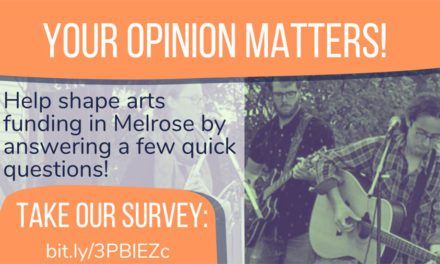