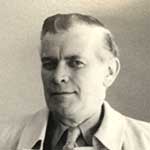 MELROSE — Vincent H. Hamelin, 95, a longtime resident of Melrose, passed away peacefully, surrounded by his family on Monday, Sept. 5, at Tobey Hospital in Wareham.

Vincent was born in Waterville, Maine on Aug. 31, 1921, one of five children of the late Eugene J. and Dorothy (O’Neil) Hamelin. He was raised in Waterville, graduated from Waterville High School and served in the U.S. Army 30th Infantry, the Old Hickory Division and Quartermaster Corp, during World War II as a corporal. He proudly served at Normandy, Northern France, Rhineland, Ardennes and Central Europe. He received a Good Conduct Medal and European African Middle Eastern Theater Campaign Ribbon and Motor Vehicle Driver Award.

He returned to the United States on the Queen Mary. After his honorable discharge, he met and subsequently married Priscilla Jefts on May 2, 1946, and they settled in Melrose to raise a family of two.

Vincent worked as a manager for the original motion picture theaters in the northeast. He managed the well known Astor Theatre on Tremont Street for seven years. Mr. Hamelin was a member of the VFW Post #2394 in Melrose and the Mayflower AF&AM Lodge in Middleborough in the 1950s.

Vincent enjoyed being near the ocean, especially the Colony Club in Kennebunkport, and enjoyed driving to Florida with Priscilla every winter. With his curious mind, he loved new adventures and anticipating what was around the next corner. He was a fun-loving man with a love for toy fire trucks, walks on the beach, golfing and funny expressions.

He was the beloved husband of the late Priscilla L. (Jefts) Hamelin with whom he shared 47 years of marriage. He was the devoted father of Andrew C. Hamelin and his wife Paula of Derry, N.H. and Melissa H. Fleischman and her husband Ivan of East Bridgewater. He was the dear brother of Mary Savage of Florida and the late Paul Hamelin, Carroll Hamelin and James Hamelin. He was the loving grandfather of Ilaria Zinser of South Berwick, Maine, Kassia Tessier of Derry, N.H., Serena Hamelin of Columbus, Ga. and Mitch Fleischman of East Bridgewater. He was the loving great-grandfather of Elliana Zinser, Samuel Zinser, Nathaniel Zinser, Ava Tessier, Cassidy Tessier and Liviana Messer.

Relatives and friends will gather in honor and remembrance of Vincent’s life for a graveside service at Wyoming Cemetery, 205 Sylvan St., Melrose on Friday, Sept. 9, at 12:45 p.m. Military honors will be presented by the U.S. Army.

Gifts in his memory can be made to the Home for Little Wanderers, Development Department, 10 Guest St., Boston MA 02135.