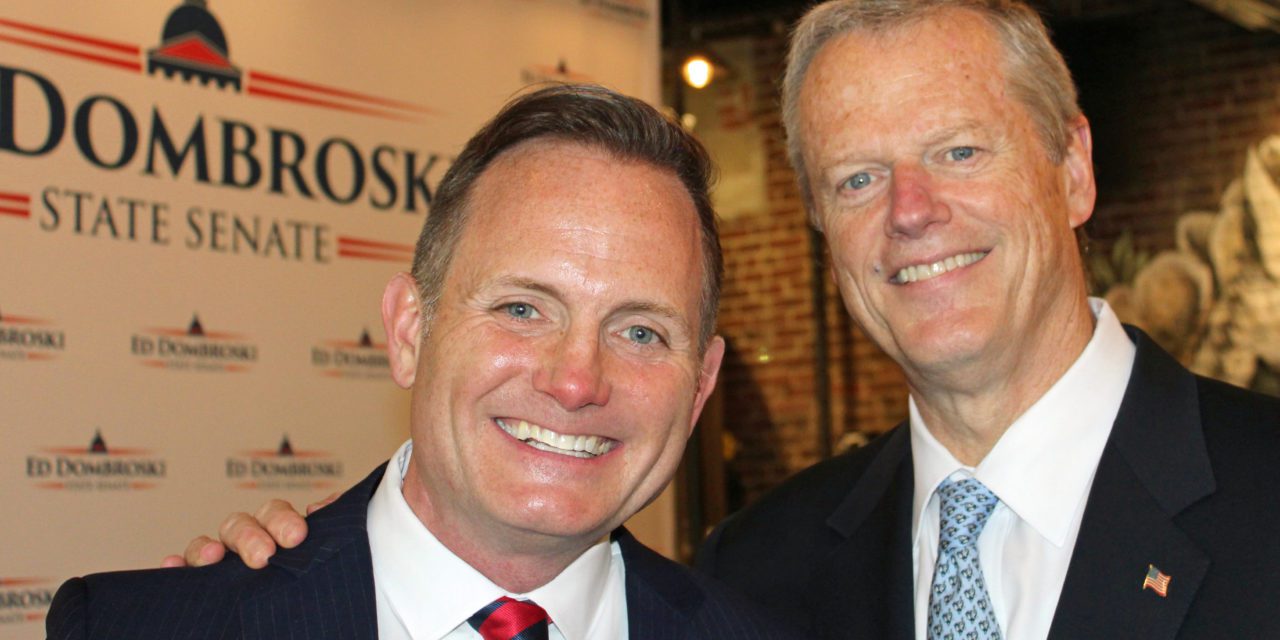 The popular Republican Governor announced his endorsement at a Dombroski campaign event at Faces Brewery in Malden on Friday.

Dombroski is in his second term as a Wakefield Town Councilor and is a former board chairman. He previously served on the Wakefield Finance Committee. He is a family law attorney and managing partner with the firm Travers-Dombroski, PC of Boston.

State Rep. Donald Wong warmed up the sizable crowd at Friday’s event, which was attended by hundreds of supporters as well as local officials from the six communities in the district. Wong introduced the Governor with his characteristic self-effacing humor.

“I just want to let you know that the speaking arrangement goes by height,” Wong said, referring to the much taller Baker and Dombroski.

Baker got right into why he was supporting Dombroski. 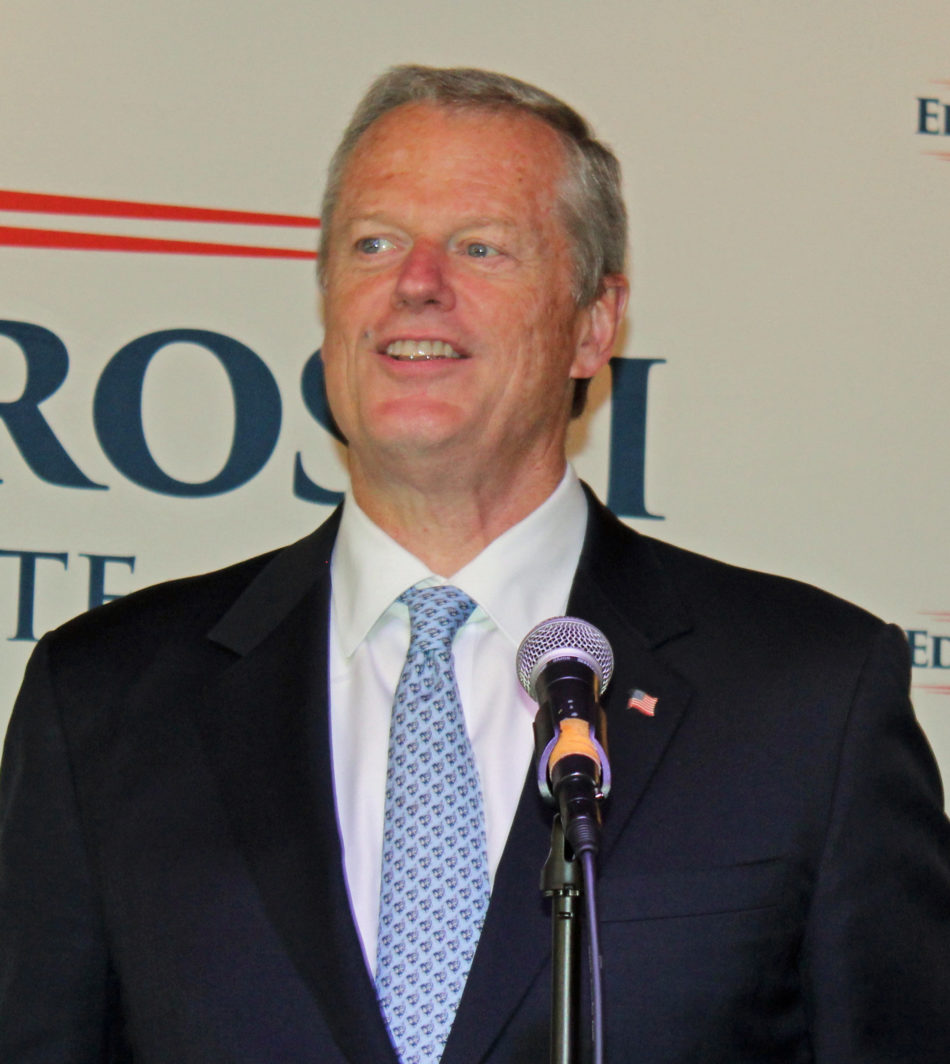 “First, he’s a very smart guy,” Baker said, adding, “He’s proven himself as an attorney both in private practice and in the work of governing and governing fairly.”

Baker lauded Dombroski’s stance with regard to taxes and the economy.

“He thinks that when people are hurting and inflation is putting everybody behind the eight-ball and the cost of everything is going up every week and the state has a surplus,” Baker said, “He thinks that the state should give a big piece of that surplus back to the taxpayers. What do you think?” 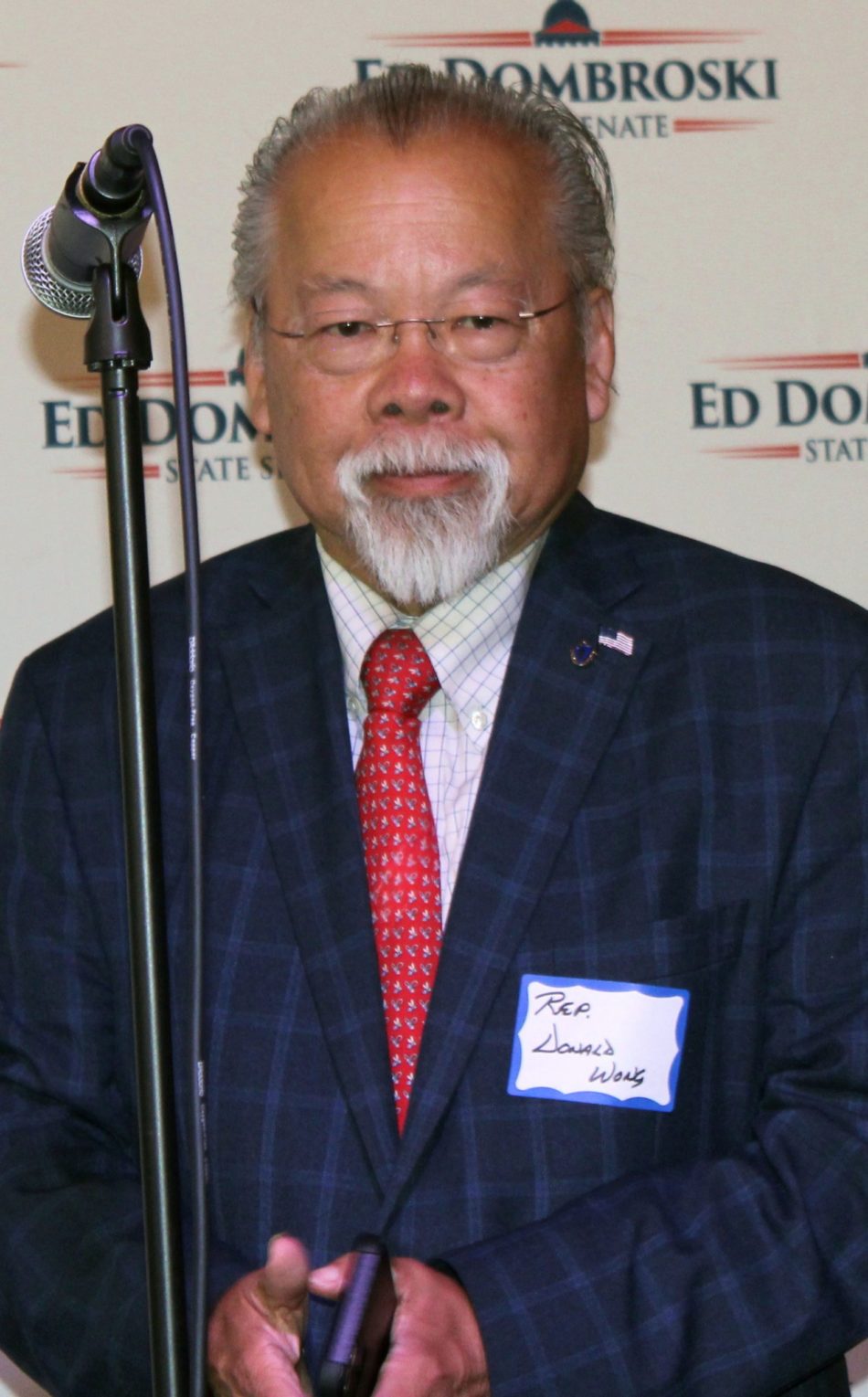 Dombroski thanked Baker for his leadership and pledged to work in a bipartisan way to get things done on Beacon Hill.

“For me, it’s about representing you and being able to give you a voice,” Dombroski said. You want to get stuff done and that’s what I want to do. There’s so much that we can get done when we work together, and not enough is getting done now.”

Dombroski talked about the record-high gas prices and impact that energy costs are having on families.

“People are hurting – I get that.” he said. “I fundamentally believe that you know to spend the money you earn better than I do. So, I want to work as hard as I can to return your hard-earned dollars back into your own wallets.”

Finally, Dombroski promised to be “unwavering in my passion to make sure that your state tomorrow is better than it was the day before.”