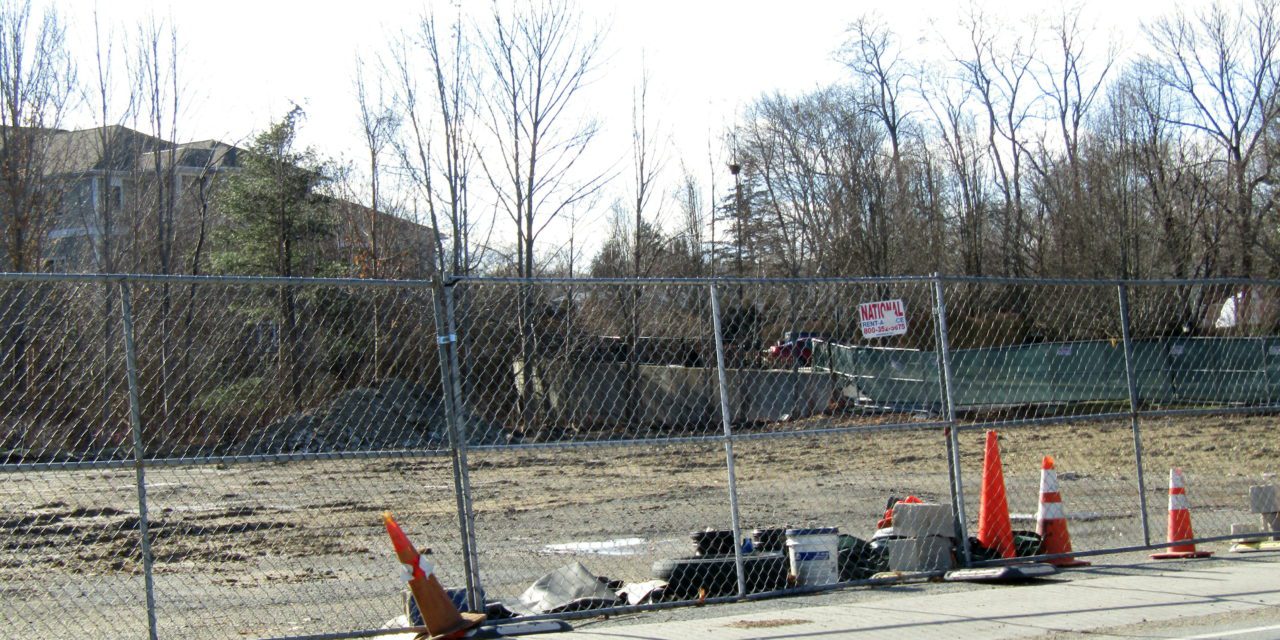 THIS SITE at 610 Salem St. is the future location of a 30-unit apartment complex (Mark Sardella Photo)

WAKEFIELD — The Zoning Board of Appeals last week approved a request for a modification and a time extension for a previously approved project at 610 Salem St.

Paul Caggiano’s proposal to build a 30-unit, mid-rise condominium project on the site was given the green light by the Zoning Board of Appeals last February. But attorney Brian McGrail told the ZBA last week that the project has has since been purchased by Fabian Flori who owns rental properties behind the site and along the same side of Salem Street as 610.

In addition, McGrail explained, due to current shortages in materials and skilled construction workers, Flori was requesting that the board find good cause to extend the Special Permits on the project, which were set to expire in March, for another six months until Sept. 1, 2022.

The board agreed that the change from condos to rental apartments constituted a minor modification and granted that request. They also approved the extension to Sept. 1, based on the change of ownership and industry-wide, pandemic-related labor shortages.

After nearly five months of hearings, in February 2021, the ZBA granted the requested Special Permits and made the necessary findings to allow the project to be constructed at the former Taylor Rental property at 610 Salem St. The long-vacant equipment rental building has since been razed and the site is now fenced off.

The 30-unit project was one of three residential developments approved by the ZBA since October of 2020 on Salem Street between Pleasure Island Road and the Lynnfield line. A 21-unit apartment building at 525-527 Salem St. was permitted by the board last March. In October 2020, the ZBA granted the permits necessary to allow a 19-unit apartment building at 581-583 Salem St. That project is currently under construction.

Throughout the hearing process for all three projects, neighbors – especially those living on Old Colony Drive, Jessica Lane and Sunset Drive – expressed grave concerns about traffic and parking. They pointed out that the only access in and out of those streets is via Walton Street. Neighbors worried that parking spillover from the three residential projects would land on Walton Street, further congesting the already narrow street, making it difficult for residents to get in and out and potentially hampering the ability of emergency vehicles to reach their neighborhoods.

But each project produced a study that concluded that the traffic impact on Salem Street would me minimal, and attorney Brian McGrail, who represented all three developers, noted that each project met the town’s minimum requirement for off-street parking.