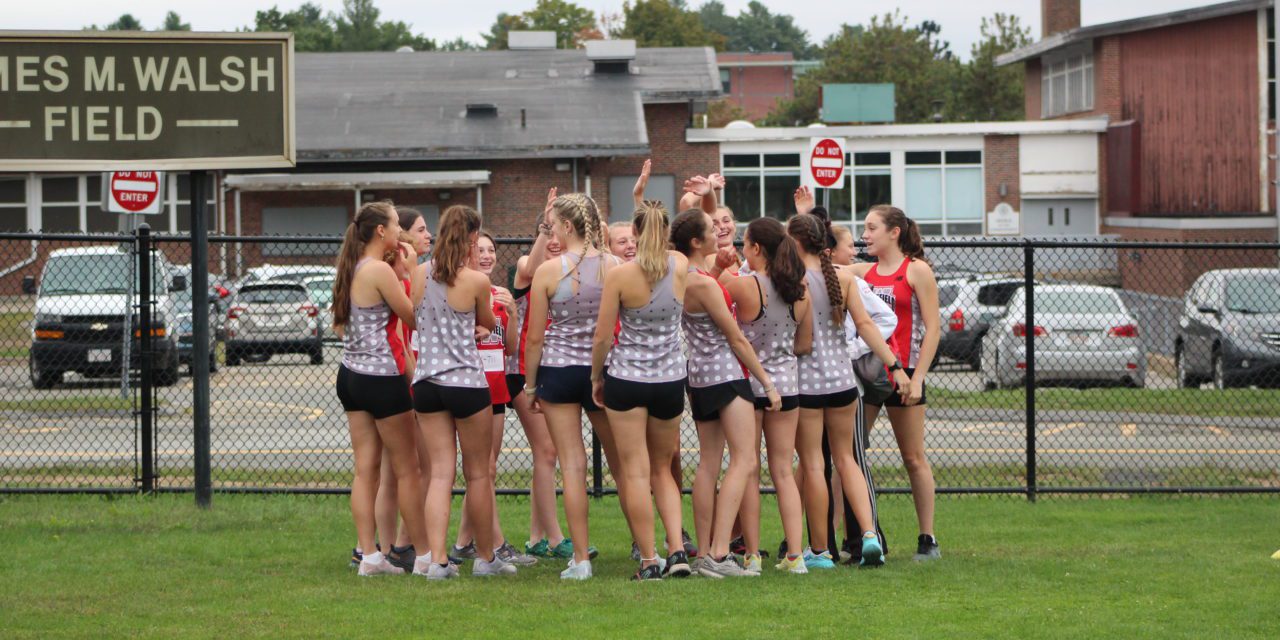 THE WAKEFIELD High girls’ cross country team celebrated a big win over Woburn to start their season this week. The Warriors will compete against rival Melrose on the road this Tuesday at 4 p.m. The two teams split the Freedom Division championship last season with Wilmington. (Colleen Riley Photo)

The Warriors had eight finish in the top 10 overall on their way to a clutch, 24-37 win.

“It was a great way to start the season,” said Wakefield head coach Karen Barrett.

First to cross the line for Wakefield was junior Charlotte O’Neil who finished in 20:14. 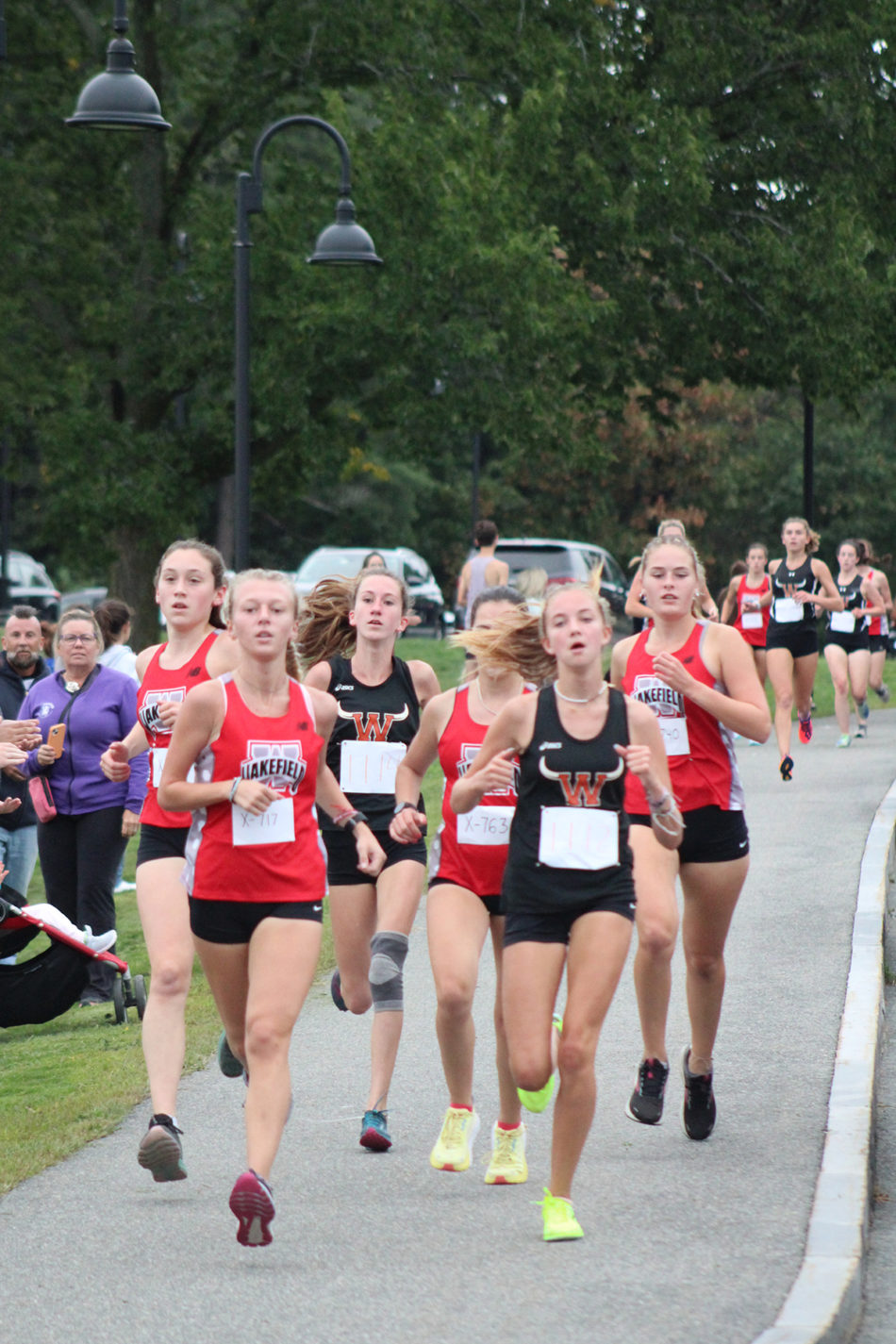 SENIOR CAPTAIN Devon Jellison leads the Warrior pack against Woburn on Tuesday. Jellison took 3rd for the Warriors and 5th overall in a time of 20:55. (Colleen Riley Photo)

Woburn had the 1st and 3rd overall finishers, but it was Wakefield’s pack who came roaring in after that, taking spots four through 10 on their way to the big win.

In fourth was sophomore Lily Sallee with a time of 20:43.

“Lily had a great debut to cross country being our number 2 runner with a great time,” said Barrett.

In 5th was senior captain Devon Jellison in 20:55.

“Jellison ran a PR on the course with a great effort for our 3rd runner,” said Barrett.

“Yianacopolus ran fantastic finishing off the scoring being out 5th runner,” said Barrett.

“Maeve Schermerhorn was our 6th runner running varsity with a PR on the course,” said Barrett of the junior who finished in 21:39.

“Grace Brackett closed out our varsity runners placing 7th on the team with a great effort,” said the coach of the sophomore who finished in 21:43.

“Julia Welch was right behind Brackett beating the next six Woburn runners,” said Barrett of the junior who finished in 21:58.

“All of our team competed well and I was very happy with their effort today,” said the coach.

The Warriors will hope to take their momentum from a season-opening win into what is always their toughest matchup of the season: rival Melrose. The two teams. who split the Freedom Division crown with Wilmington last season, will meet on Tuesday in Melrose at 4 p.m.

“We need to be mentally tough and prepared for a tough meet against Melrose next Tuesday on their home course,” said Barrett. “I believe in my team.” 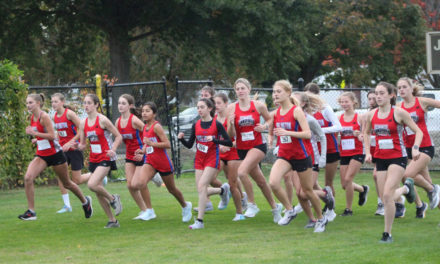