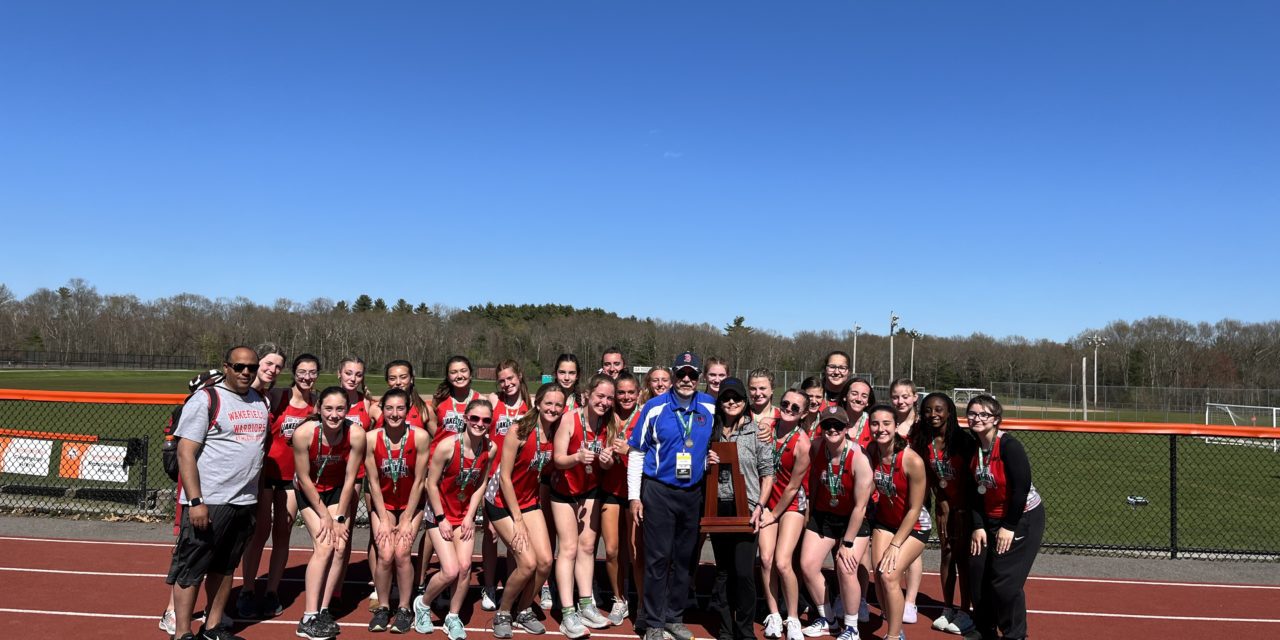 NORTH EASTON — It was a historic day for the Wakefield High girls’ track and field team at the MSTCA Div. 3 State Relays held at Oliver Ames High School on Sunday.

For the first time in program history, the Warriors were crowned State Relay Champions.

“It was such a special moment for us,” said head coach Karen Barrett. “The girls put forth an amazing effort to accomplish this win. It was so nice from a coaches perspective to see how much the girls supported each other. It was a true team effort and I could not be prouder of them.”

Wakefield finished with 60 points, first among 18 scoring teams in Div. 3. The Warriors ended up running away with the trophy, finishing eights points better than second place Walpole (52). Melrose (50), Billerica (47) and Milton (40) rounded out the top five.

The Warriors won the sprint medley relay earning 10 points. Ashlee Purcell and Jade Roycroft each ran a fantastic 200 meter leg followed by Fiona Recene cruising in the 400 and Sammy Seabury closing it out by anchoring in the 800 and winning the race. The Warriors beat 20 other relay teams in this event.

“I was really impressed with their effort,” said Barrett of the SMR team. “I loved that win for them.”

The 4×400 team was the next to score for Wakefield. Sophie Brown, Maddie Nett, Caileigh Sweeney and Sammy Seabury ran really strong to take 4th place.

The distance medley relay ran really tough to earn a 2nd place finish. Caroline Roberts started it off running a great 1200 meter leg followed by Fiona Recene with another fantastic 400 leg. Next, Devon Jellison ran a really strong 800 and Sammy Seabury Anchored in the mile.

An athlete is allowed to run a maximum of three relays. Sammy Seabury anchored all three relays she ran in.

“I admire her strength and mental toughness,” said Barrett of Seabury. “She always puts the team first. I love that about her.”

The field events consist of three athletes per team and scoring is determined by adding up the total distances of the jumps or throws to get places 1-6. 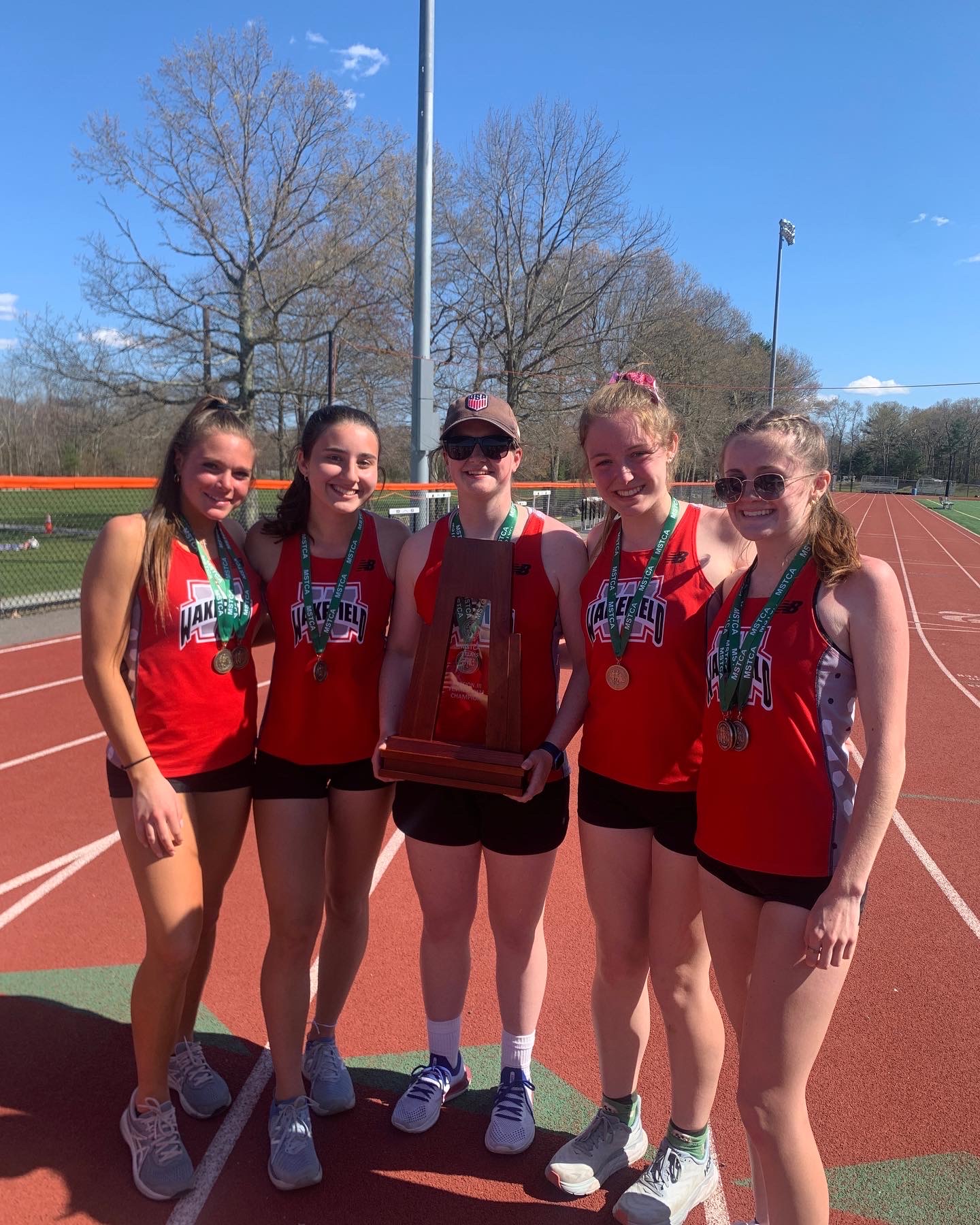 The Warriors started their scoring out with a 2nd place in the shot put relay. Bailey McDevitt had the best throw out of all 42 girls in the relay. Lauren Mangarelli had the second best throw and the 3rd member of the team was Emma Scalzo.

“That was a huge eight points for us,” said Barrett of the shot put team.

The Javelin team took 5th place. McDevitt had a huge PR with a 107’11 throw. That qualified her for Nationals.

“I am so proud of her,” said Barrett of McDevitt.

Mangarelli and Lauren Blois were the other two athletes that threw and contributed to the 5th place points.

The long jump team was “absolutely fantastic,” according to Barrett as they took first, scoring 10 points for the team. There were 38 jumpers in total. Ashlee Purcell had the 3rd best jump of the day with a 15’7” leap. Gabriella Minasian had the 6th best jump out of all the athletes with a 15’61/2”. Maddy Seabury was Wakefield’s 3rd member of the team, having never competed in the long jump before.

“She is a high jumper and triple jumper,” said Barrett of Seabury. “We needed a 3rd jumper and she stepped in finishing 14th overall with a 14’6” jump. I was so happy for Ashlee, Gabby and Maddy. It was such a great accomplishment to be relay champs in the long jump.”

All together, the Warriors brought home a trophy that will sit atop the case on Farm Street for quite some time.

“I could not ask for a better group of girls to represent our town and Wakefield Memorial High School on such a historical, momentous occasion,” said Barrett.