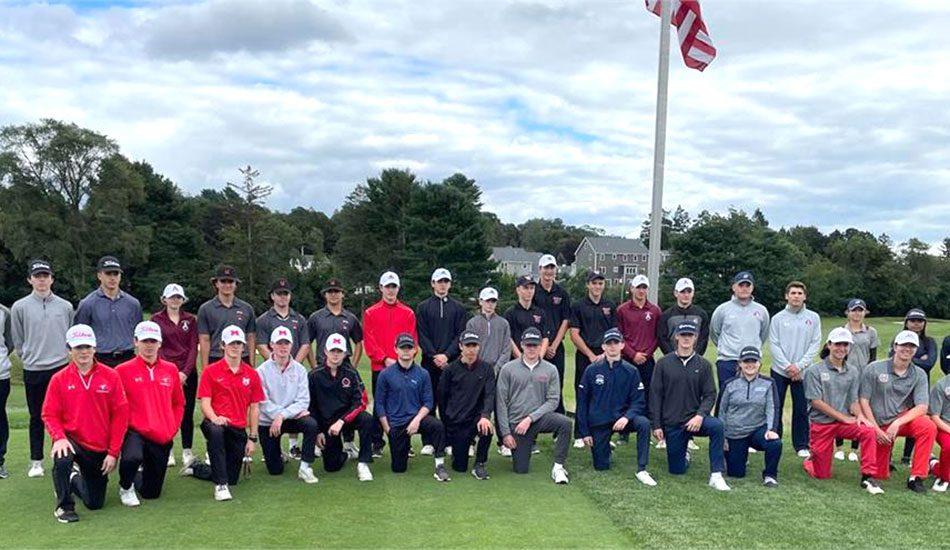 THE MIDDLESEX League Golf Shootout was held at Bear Hill Golf Club on Sept. 30. The league’s players and coaches would like to thank the Bear Hill membership for hosting the event. The course was in great shape and the players had a great time playing it. (Courtesy Photo)

NORTH READING — The Wakefield High golf has been swinging the sticks very well in the second half of their season. The Warriors beat Woburn on Oct. 6 and Saugus on Monday, both at their home Thomson Country Club to improve their record to 5-6.

“Picking up wins vs Woburn and Saugus were really great for us,” said head coach Chris Keane. “We started the season 1-5 but have bounced back to go 4-2 in our last six.”

Captain Donovan Foley led the charge against Saugus, shooting a team-low 41 at the No. 3 spot to defeat his opponent 6.5-2.5.

Wakefield was victorious in six of their eight head-to-head matchups.

Drew Barrett was one of three Warriors to shoot a 44. He won his matchup comfortably at 8-1. Owen Michaud got the rare sweep, winning 9-0 while shooting a 45.

Sara Nemec continued her strong play, winning 8.5-0.5 while shooting a 44. 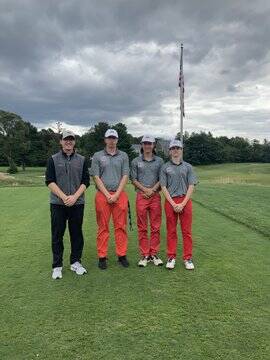 Dubuque had another great round with a team-low 41 to win 6-3 at No. 2 which was impressive considering the tough conditions.

Barrett continued to win for Wakefield by shooting a 47 for a 6-3 victory in the No. 7 matchup.

Nemec, Barrett and Foley all shot well again vs. Stoneham yesterday. A full story from that match will appear at a later date.

Porter shot a strong 47 against the Tanners to pick up a split at No. 4.

Wakefield is wrapping up their season today against Arlington, 3 p.m. back at Thomson.