Warriors get 5th out of 49 teams at Twilight Invitational 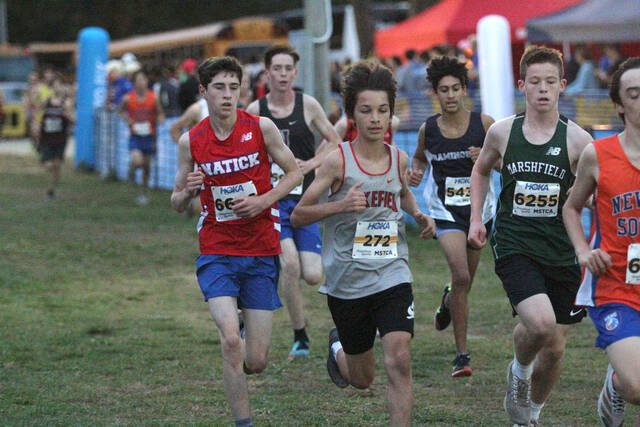 ANDREW NETT placed 19th in the freshman race at the Twilight Invitational over the weekend. (Courtesy Photo)

FALMOUTH — On a short turnaround just a few days after defeating Burlington, the Warriors were back in action as they traveled to Cape Cod for the very popular MSTCA Twilight Invitational on Saturday evening. The meet was more popular than ever with almost 5,000 runners between Friday and Saturday night. Wakefield competed on Saturday against the large schools.

There were 49 teams on the starting line as the gun went off at 8:35 p.m. for the varsity race. The 365 runners ran under the lights of the Barnstable Fairgrounds, surrounded by an electric crowd cheering them on.

The start of the race was compared to a mine field with numerous runners falling and causing carnage during the sprint for position over the first 150 meters. Anyone who didn’t get out in front had the difficult task of maneuvering through hundreds of runners along the narrow course with very little passing room.

In the end, the Warriors finished 5th behind Cumberland of Rhode Island, Concord-Carlisle, Brookline and Oliver Ames. The Warriors were the first D2 team in the field as the team scorers averaged a time of 17:14 for the 5K course with 265 points. It was a finish that they had to fight for during the crowded race. 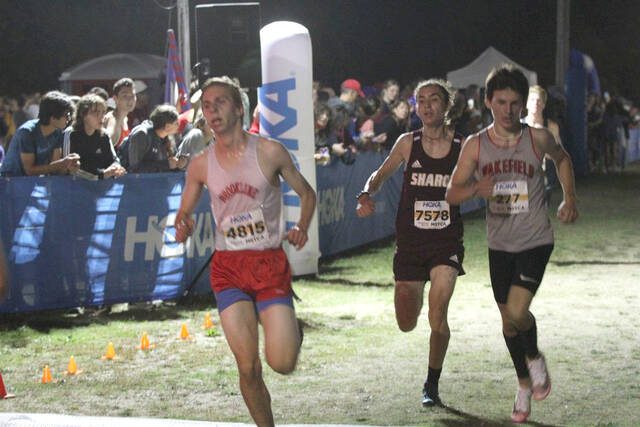 In the sophomore race,the boys placed 3rd out of 29 teams with 268 runners. Michael Arria continued his successful season earning a medal placing 8th by picking off runners after the first mile. His final time was 17:24 which would have placed him 3rd on the team in the varsity race. Joe Patt moved up a bunch over the second half after falling early to place 36th in a time of 18:37. Ollie Polster was 43rd in 18:46. William Mezikofsky was 45th in 18:49. Brendan Campea closed out the scoring placing 75th in 19:32. Robert Brown ran 20:14. Adam Lambiaso ran 21:52. Theo Lyle ran 25:40.

“We took our lumps today but many positives came out of the experience. The boys will come away stronger and ready to compete in November,” said head coach Perry Pappas.

The Warriors raced Watertown yesterday with results not available at press time.