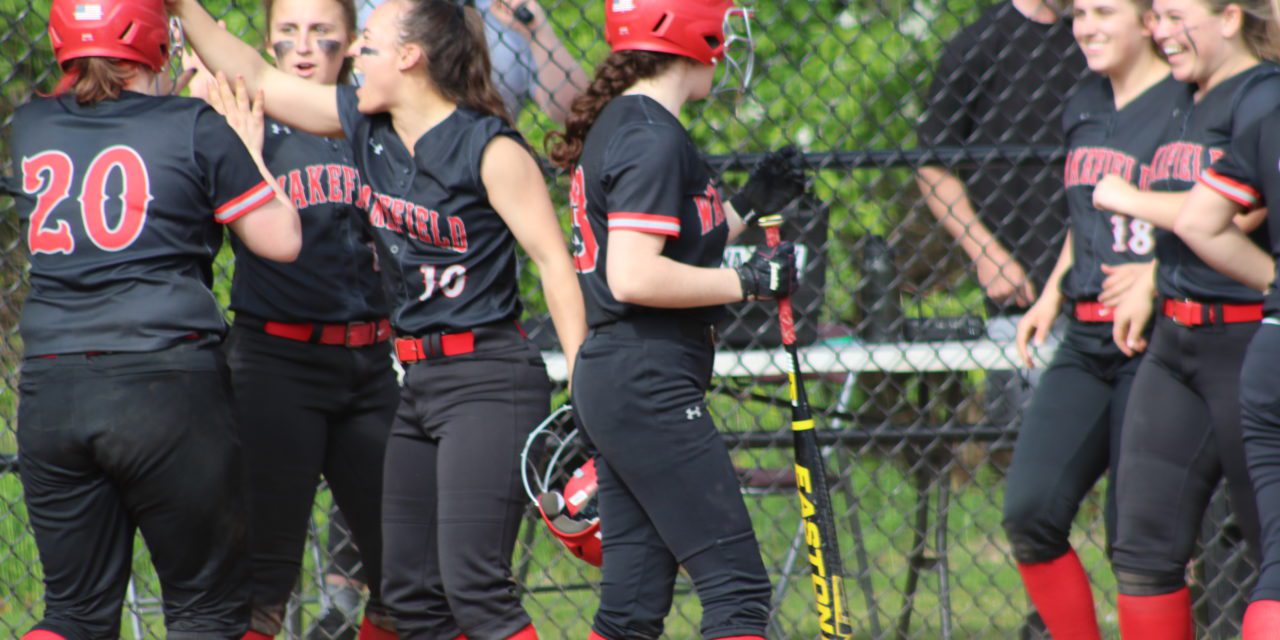 WAKEFIELD — The Wakefield High softball team cruised to their fourth straight victory Thursday at Blatz Park, Meghan Burnett Field, defeating Stoneham by a score of 19-0 in five innings and improving to 12-4 on the season.

It was Wakefield’s third straight game of scoring 11 runs or more as they beat Hamilton-Wenham 16-3 on May 6 and Melrose 11-5 on Tuesday.

The Warriors are averaging 11.3 runs per game this season.

Wakefield, who has already qualified for the Div. 2 statewide tournament, was ranked 23rd in the division in the MIAA’s latest power rankings posted on Friday. There are 12 teams ranked ahead of Wakefield that have yet to secure 10 wins.

Sophie Seidman threw a no-hitter for the Warriors on Thursday, striking out 9 and walking just one Spartan in five innings.

The junior had at least two strikeouts in four innings including the 5th when she struck out the side with all three batters looking.

While Seidman was dealing, the Wakefield bats went to work like they have throughout the season. 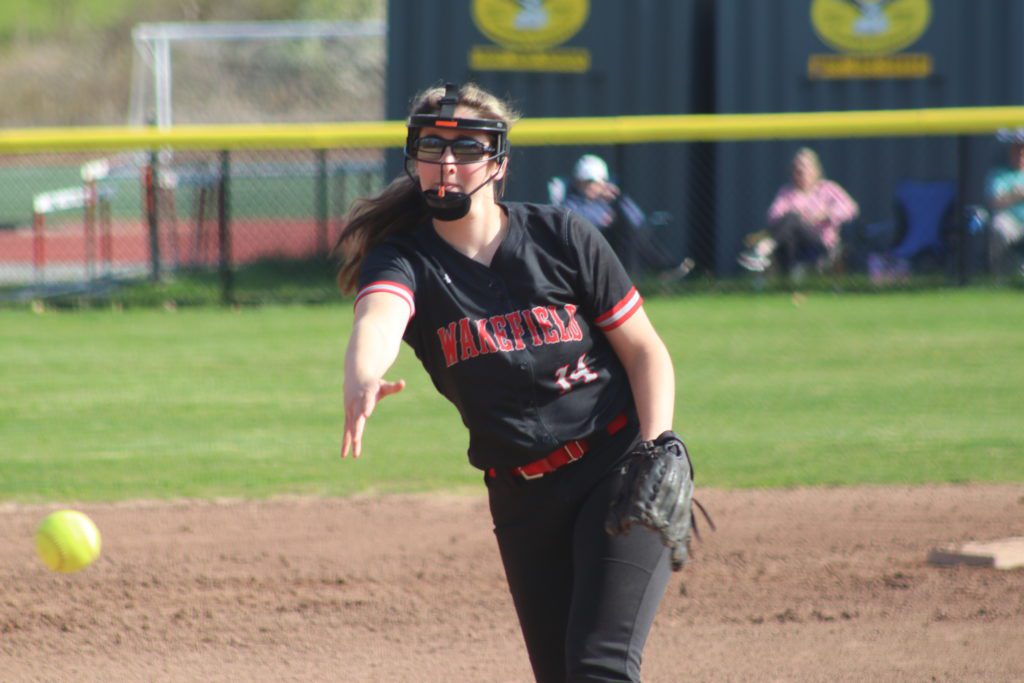 SOPHIE SEIDMAN threw a no-hitter on Thursday against Stoneham. The junior struck out 9 and walked just one in 5 no-hit innings. (Dan Pawlowski Photo)

Junior Emma Kane led the way going 4-for-4 with 5 RBI including a 2-run homer and two separate RBI doubles. Kane was one of 11 Warriors to record a run batted in.

The Warriors put up 7 runs in the 1st inning highlighted by Kane’s inside-the-park home run to deep right-center and RBI hits from Nemec, Rossicone and Butland.

Wakefield’s tough home field advantage this season has been helped by future Warriors: students at the Woodville Elementary School who have a great bird’s eye view from a playground behind the diamond. They found plenty of time on a beautiful, Thursday afternoon to balance their own games with some “Here we go Wakefield,” chants. The assumption is that the next generation likes to see scoring in softball but it was two strikeouts in a 1,2,3 2nd inning by Seidman that got the most cheers from the kids in this one.

Wakefield built on that momentum with five more runs in their half of the 2nd to put this one away early. Base hits from Donahue and Nemec set up a 2-RBI knock by Olivia Johnsen for a 9-0 lead. Fitzpatrick followed with her own RBI single. Sophomore Meredith Morris loaded the bags with an infield single and freshman Kathleen Gmelch walked to bring in another. A productive ground out from Rossicone brought home their 12th run.

Seidman got two more strikeouts in the 3rd and another groundout to Donahue who was terrific at third base.

Kane’s 2-RBI double made it 14-0 in the 3rd and Wakefield added five more in their last ups in the 4th.

The Warriors will have a very difficult challenge tomorrow at 4:15 p.m. when they travel to Burlington to play the Freedom Division’s first place Red Devils. Burlington, who beat Wakefield 6-2 on April 22, is currently 14-1 and ranked 8th in D2. They are tied with Silver Lake (ranked 5th) for the most wins in the division.

Wakefield will have just two more league games after that: Watertown at home on Thursday, 4:30 p.m. and Arlington on the road, May 26 at 4:15 p.m.