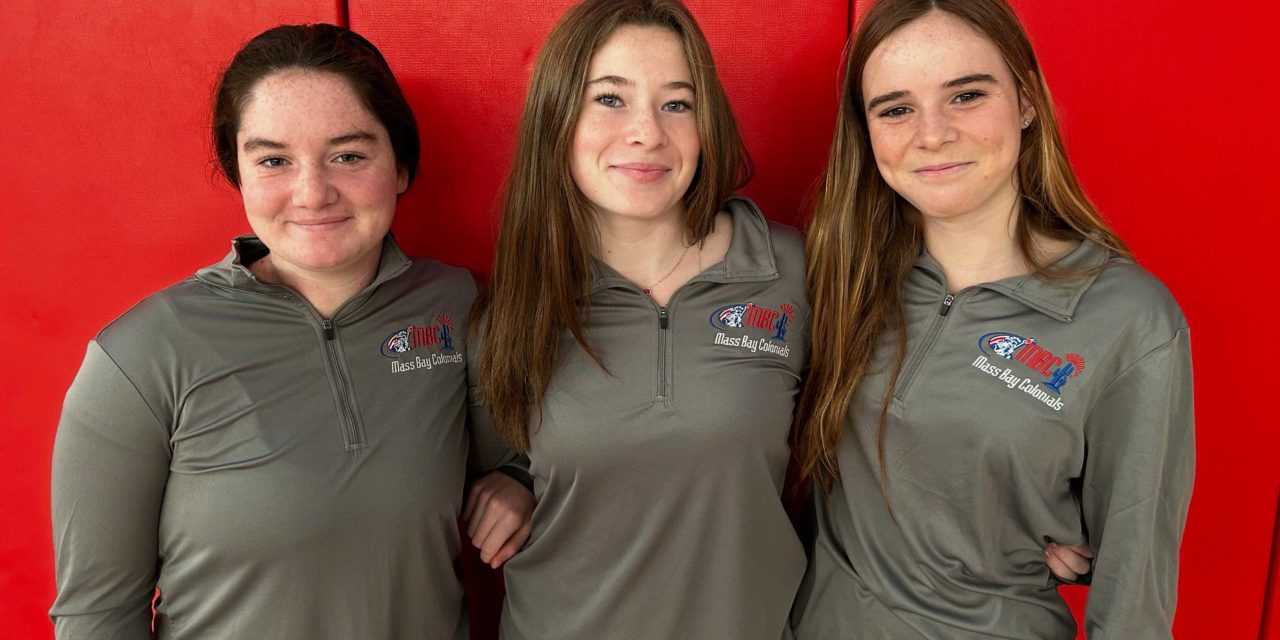 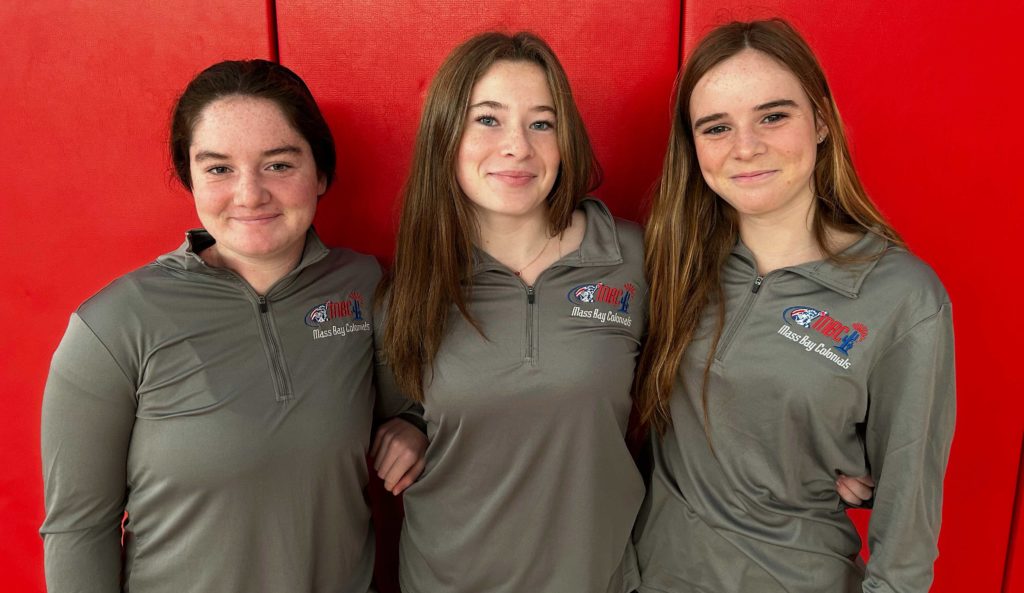 WAKEFIELD’s Maura Barrett, Shaye Denning and Teaghan Johnson were selected to represent Massachusetts for the Mass Bay Colonials at the Best of Texas Lacrosse Tournament, which will take place this weekend in Houston. (Courtesy Photo)

HOUSTON — Wakefield’s Teaghan Johnson, Shaye Denning and Maura Barrett were selected to the Mass Bay Colonials girls’ lacrosse team that will travel to Houston, Texas this weekend to compete in the Best of Texas Lacrosse Tournament. Barrett, Denning and Johnson were three of 23 7th and 8th grade girls selected from 71 town lacrosse programs from Central and Eastern Massachusetts.

“The Mass Bay Colonials is an extension of our community-based youth league, Mass Youth Lacrosse, and was founded to promote and celebrate town-based lacrosse and the elite athletes who commit to their communities each spring,” said Joey Picard, Colonials founder and general manager.

In addition to performance at the tryouts, players submitted recommendations from coaches, teachers, and community leaders to earn a spot from the selection committee. The Mass Bay Colonials seek to not only bring the most talented youth lacrosse players from Massachusetts, but the players who can proudly represent our state on-and-off the field.

“I’m really excited to show Texas what Massachusetts lacrosse is all about,” said Denning. “It’s a great opportunity and I’m happy to be a part of it.”

This season marks the third iteration of the Mass Bay Colonials, but the first time with both a boys’ and girls’ team, as Mass Youth Lacrosse added a girls’ league to the organization in 2022. The Mass Bay Colonials will send a boys’ team (class of 2027) and a girls’ team (class of 2027/2028) to Houston to compete against teams from Texas, Oklahoma, Missouri and others from across the Southwest.

“I love it. It’s been fun getting to know the girls on my team. Everyone just seems to fit in with each other, which is awesome,” said Johnson. “There are so many good players on this team and we have come together really quickly as a group after only three practices. I’m really excited to be a part of the first girls’ Colonials team.”

“The best athletes have a lot more than skill; they have character,” said head coach Salsich. “This group of talented athletes play with immense poise, grit, and resilience, proudly representing their town and our youth league on-and-off the field. They each have a bright future ahead in whatever they choose to pursue, and I feel so fortunate to get to coach them on their journey. “

“It’s going to be cool seeing how they play lacrosse in Texas compared to how we play,” said Barrett. “I think we have a really good team with a lot of talented girls, especially my Wakefield teammates, so we just need to get there and have some fun doing what we know we are capable of doing.”