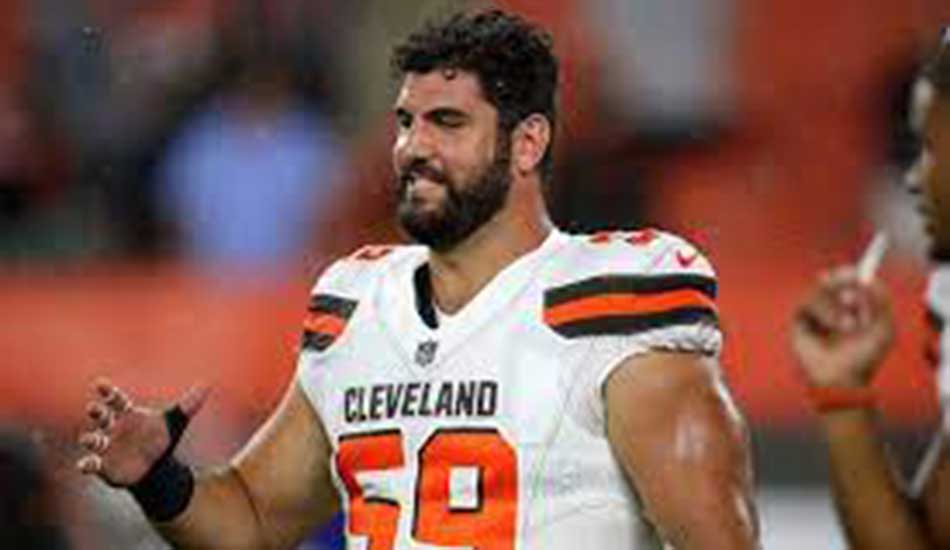 ANTHONY FABIANO was hired by the Cleveland Browns in June as a scouting assistant. (Courtesy Photo)

CLEVELAND, Ohio — Wakefield High graduate Anthony Fabiano (Class of 2011) recently began a new career in the NFL. In June, the 28-year-old Harvard graduate was hired by the Cleveland Browns as a scouting assistant.

Fabiano played in nine NFL games as an offensive lineman, four for the Browns and five for the Indianapolis Colts. He was signed by an additional seven teams mostly to practice squads, including the Ravens, Washington Football Team, Giants, Patriots, Eagles, Buccaneers and Packers.

According to NFL Network reporter Mike Garafolo, Fabiano has impressed in his new role. He was hired by Browns General Manager Andrew Berry, a fellow Harvard grad and former football player for the Crimson.

Fabiano was All-Ivy League in three of his four seasons at Harvard where he graduated with a degree in economics.

Fabiano was a standout football and basketball player at Wakefield High.