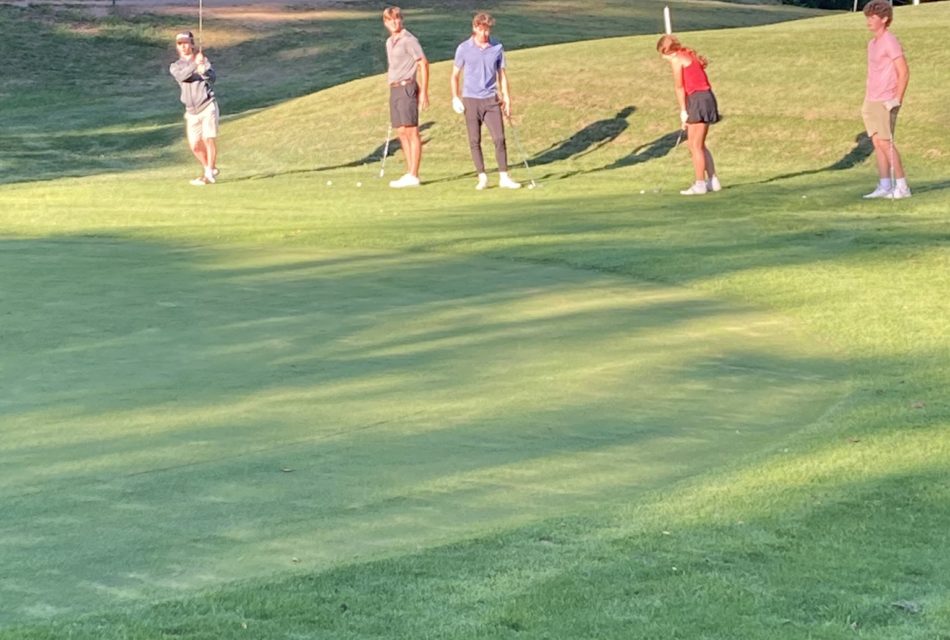 THE WARRIORS dialed in their short game during practice at Woburn Country Club on Friday afternoon. Wakefield (3-3) will host Malden Catholic at Thomson Country Club on Thursday at 3:30 p.m. (Wakefield Golf Photo)

Playing three road matches in a row from Monday to Wednesday, Wakefield came up short to Triton and Belmont but topped Wilmington, bringing their overall record to 3-3 and 2-0 in the Freedom Division.

The Warrior had a slugfest with Triton on Sept. 12 at Ould Newbury Golf Club, falling by a score of 144-130 in Stableford scoring, different from the typical head-to-head scoring in the Middlesex League.

Senior captain Joe Colliton had the best score of the day with a 42, but there were plenty of Warriors right on his tail with senior captain John Porter, Tylor Roycroft and Ryan Tracy all shooting 43. Together, they racked up 90 of Wakefield’s 130 points. Drew Barrett (46) and Luke Greif (46) also added 38 valuable points for Wakefield but the team came up just short as the Vikings were able to defend their home course for a non-league win.

The Warriors returned to North Reading the next day on Sept. 13, only this time at Wilmington’s home Hillview Country Club. 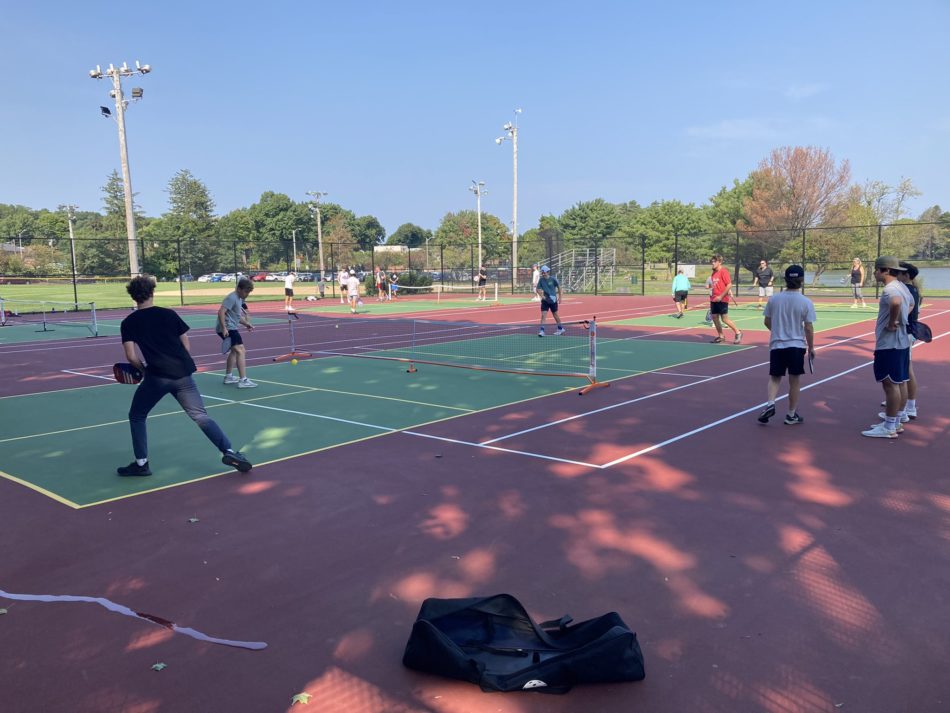 The Warriors won six of their eight matchups.

Colliton again had the fewest strokes for his team with a 39 winning his matchup 5.5-3.5.

Wakefield got huge scoring from four players, which all but sealed the match.

The Warriors tried to keep that momentum going at Fresh Pond Golf Course in Cambridge but came up short to a tough Belmont team, 41.5-30.5

The Warriors only had one match winner of Tracy played exceptional golf at No. 6, shooting a 39 and winning 5-4. Colliton also stayed consistent with a 39 but his strong opponent at No. 1 would win the match 5.5-3.5.

Wakefield finally got some time off to tune up their games for the rest of the season as they will host Malden Catholic this Thursday, 3:30 p.m. back at their home Thomson Country Club.