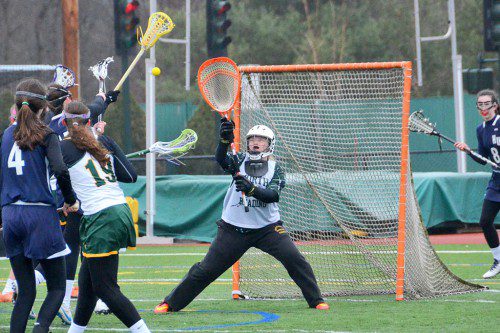 This game was nip–and–tuck the entire way as the teams were knotted at seven at the half.

Katie Welch had her best offensive game of the season as she scored seven goals to lead the way. Alex McGeachie and Lexi Ford both found the back of the Falcons net twice while Erin Hunter had the other tally.

Kylie Ford made 19 saves in net as she was very busy all afternoon.

The next game for head coach Samantha Whitney’s squad will be on April 24 as they host Masconomet at 10 a.m. On April 28, the Hornets visit Newburyport with that game starting at 3:45 p.m.

The home game against Cambridge Rindge and Latin slated for Patriots Day was rained out (make-up date unknown at press time). 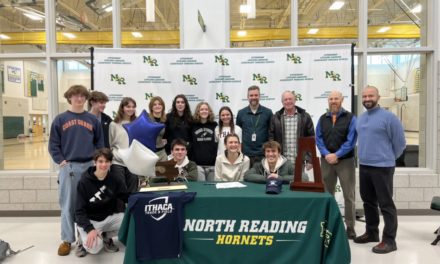