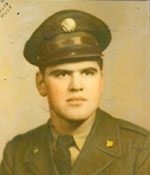 CHELSEA — William J. “Bill” Harris, 81, passed away at the Chelsea Soldiers Home on Saturday, May 30.

Bill was born in Melrose on November 7, 1933 to the late Kendall B. & Lula V. (Forbes) Harris. He was raised in Melrose, attended Melrose schools and has been a lifelong resident of Melrose. Mr. Harris entered the U.S. Army at the age of 17 and served his country with pride during the Korean War. He worked as a technician for Draper Laboratory in Cambridge for over 35 years and was involved in many special projects throughout his career, including the Apollo Project. He was a member of the Quarter Century Club at MIT, enjoyed woodworking and was an excellent carpenter. Bill loved spending time at his cottage in Freedom, New Hampshire, gardening, country western music and taking multiple trips to Hawaii.

Mr. Harris was the beloved husband of Helen T. (Dooley) Harris. He was the devoted father of Catherine E. Grassello and her husband Joseph of Wakefield; Michael K. Harris and his companion Debbie Beaubier of Rowley; Steven P. Harris and his wife Kristen of Indiana; and the late William R. Harris. He was the grandfather of Nicholas Michael Harris, Zachary William Harris, Sophie Darcy Harris and Kenny Harris. He was the brother of Helen Mae Varney, Florence “Ponnie” Holmes, Virginia McGrath, Linda Gray, Susan Robbins, Dennis Harris, Dottie Balestrieri and the late Kendall B. Harris Jr., Betty Jones and John Harris. He is also survived by numerous nieces, nephews and friends.

Visitation was held at the Gately Funeral Home, 79 W. Foster St. Melrose on Wednesday, June 3, followed by a funeral service at the funeral home on Thursday, June 4. Interment with military honors at Wyoming Cemetery in Melrose. U.S. Army Korean War Veteran. In lieu of flowers memorial contributions may be made in Bill’s name to the Chelsea Soldiers Home, Activities Fund, 100 Summit Ave., Chelsea, MA 02150. To send a message of condolence please visit www.gatelyfh.com.