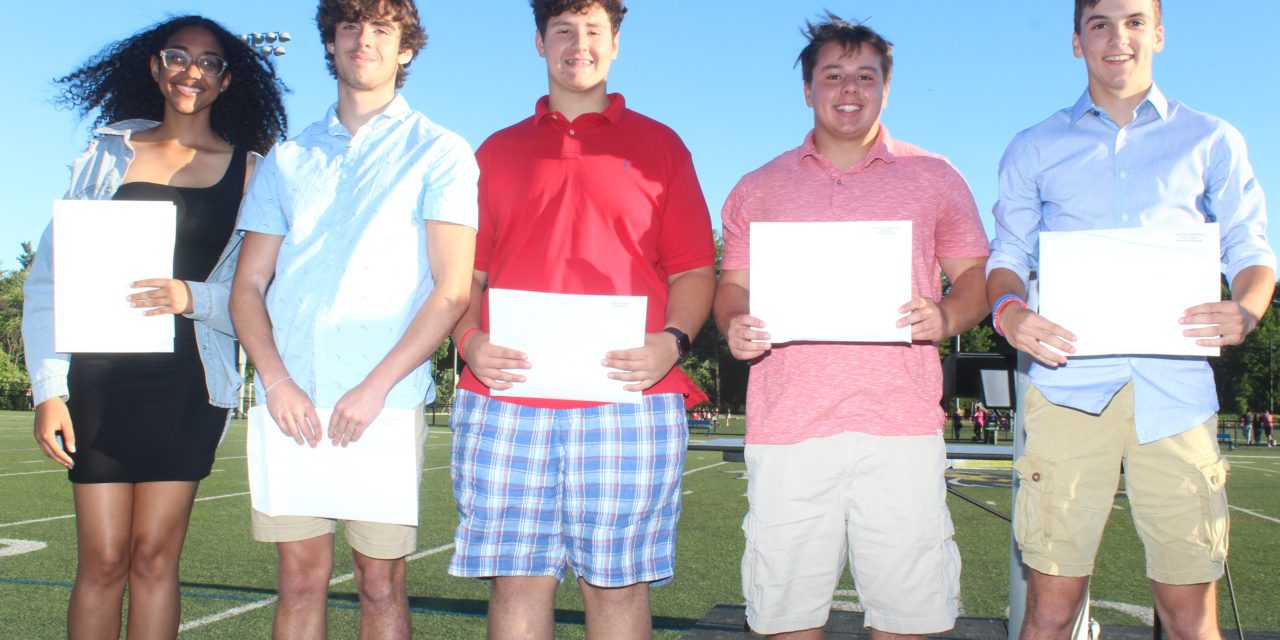 “The Underclass Awards ceremony gives us the opportunity to recognize outstanding performances and/or efforts in all of the classes that we offer at Lynnfield High School,” said Principal Bob Cleary. “The young people on this field have all worked very hard this year, and have excelled in one or more areas. I would like to thank the parents, teachers and staff members who have helped support and guide these students to help them achieve their success.”

Alexander Gentile was awarded the Lynnfield High School Book Award. Pindara said the LHS Book Award, which is voted on by the faculty, is presented to a junior whose participation at the high school best exemplifies LHS’ ideals.

“Alex provides leadership through example, is kind, respectful, courteous and honest,” said Pindara. “He appreciates the intrinsic value of learning, participates wholeheartedly in the daily life of LHS and believes what we know to be true — that kindness, respect for others, good humor and personal growth are all values upon which the quality of our lives depend.” 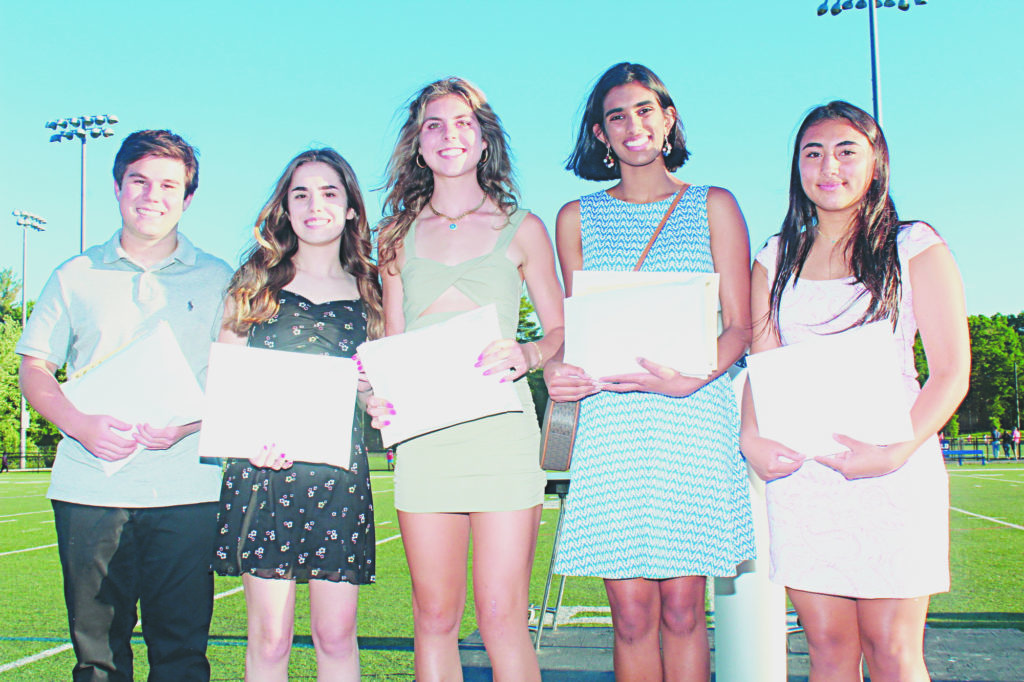 The winner of the grade 11 U.S. History 2 Award was Carissa LoNigro. Vincent Benvenuto was the recipient of the AP U.S. History Award.

Sumaedha Konduri was the recipient of the Bausch and Lomb Award, which is a scholarship to the Rochester Institute of Technology in Rochester, New York.

“The Bausch and Lomb Honorary Science Award and Scholarship is given to a student in the junior class who has demonstrated high achievement in a rigorous course of study in the sciences,” said Gordon. “The award consists of a medal and a certificate given jointly by Bausch and Lomb and the University of Rochester. In addition, award winners who are accepted and enroll at the university are eligible to receive a four-year scholarship worth $5,000 per year.”

Madison Daigle received the Rensselaer Medal, which is a scholarship to Rensselaer Polytechnic Institute in Troy, New York.

“This prestigious award has been given since 1916 to one student in any high school,” said Gordon. “It is designed to recognize that student’s strength and success in the fields of mathematics and science. The medalists who enroll at Rensselaer are awarded a scholarship worth $30,000 per year.”

Kimberly Staffier won the Latin 1 Award. The Latin 2 Award winner was Isabelle Moschella. Lucas Cook was given the Latin 3 Award.

Isabelle Moschella and Sumaedha Konduri were the winners of the Musical Awards. Teanne Alfama Polanco was presented with the Chamber Singers Award.