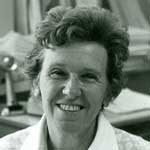 She was born in Wakefield on Sept. 29, 1922 and was the daughter of the late Joseph and Frances (Krzewicka) Kupiec. Mrs. Conley was raised in Wakefield and was a graduate of Wakefield High School, Class of 1940.

She later enlisted in the United States Coast Guard and served as a Petty Officer from 1943-1946. She had been a longtime Stoneham resident and worked for many years as a secretary at Wakefield High School until her retirement in 1989.

Mrs. Conley spent many enjoyable summers with her family and especially her grandchildren at the family cottage at Lake Nabnasset in Westford.

Mrs. Conley was the beloved wife of the late Daniel J. Conley. She was the loving mother of Daniel J. Conley and his wife Marcia of California, Jane L. Harrison, D.V.M., and her husband Bruce and Mark E. Conley and his wife Trudy, all of Wakefield, and Michele F. Fossey and her husband Michael of Billerica. She was the sister of Edward Kupiec of Wakefield and the late George Kupiec. She is also survived by her loving grandchildren: Christopher and Katherine Conley, Jessica and Matthew Conley and Colin, Taylor and Devin Fossey.

Visitation for relatives and friends will be held at the McDonald Funeral Home, 19 Yale Ave., Wakefield on Thursday from 4 to 7 p.m. Funeral services and interment will be private.