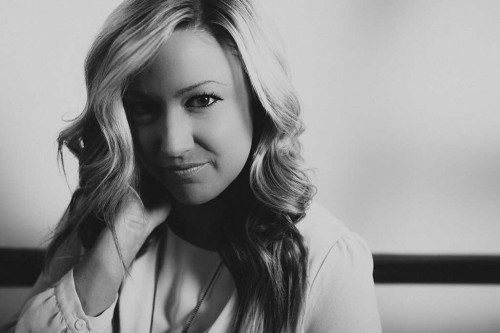 COUNTRYFEST headliner Annie Brobst was named the New England Music Awards Country Act of the Year for 2016. Tickets are on sale now at Lynnfield Rec for the July 23 event. (Lisa Czech Photography)

LYNNFIELD— Break out the cowboy boots and bandanas because all things country will be celebrated at the first-ever Lynnfield Countryfest.

The all-ages event sponsored by Lynnfield Recreation on the town commons is Saturday, July 23. Ticket prices have been set at $20 per person for the five-hour long festival that runs from 3-8 p.m., Recreation Director Julie Mallett has announced.

That price covers admission to the shows by headliner Annie Brobst and her band plus show opener Alec MacGillivray and his band along with all of the fun events planned by Lynnfield Rec.

Brobst was the winner of the 2016 Country Music Act of the Year Award presented by the New England Music Awards. She has opened for artists such as Eli Young Band and Lee Brice.

MacGillivray, originally from the Boston area, now resides in Nashville and has opened for Keith Urban, Kellie Pickler and Gloriana.

The country theme will overtake the commons with areas set aside for line dancing as well as mechanical bull riding, cornhole tournaments run by Boston Cornhole, a beer and wine garden and a variety of food trucks plus a special appearance by DJ personalities from the country radio station 101.7 The Bull.

South Common Street will be shut down to traffic traveling in both directions, just as it is during other concerts on the common. However, since admittance to Countryfest is by ticket only, access to both town commons will be controlled with tastefully decorated barricades and Lynnfield police details. Rec’s Countryfest subcommittee is emphasizing the casual, country theme with amenities such as haybale seating areas, Mallett said.

Lynnfield Rec has obtained a one-day liquor license for the beer and wine garden from the Board of Selectmen. A stipulation of the license requires beer and wine to be consumed within the “garden” area, which will be monitored by a Lynnfield police detail dedicated to the garden. This set-up also ensures that Countryfest remains family-friendly.

Four additional Lynnfield police detail officers will be assigned to monitor the event and no guests will be allowed to bring their own coolers onto the premises, Mallett said.

Lynnfield Rec has also arranged to have free parking at Lynnfield Middle School, 505 Main St., just a short walk to the common.

Although it is an all-ages show and those under 21 are more than welcome to attend, Mallett said the event is geared toward adults. So for those who want to enjoy a night out without the kiddies, Lynnfield Rec has arranged to provide the Countryfest Kids Care program, also at the middle school. It will be run by their trained summer Rec staff members. The cost is $10 per child. The staff will keep the kids happily entertained with games, pizza, water and a cool treat. Children must have completed kindergarten and be entering first grade in the fall or older to participate in the Countryfest Kids Care program.

Order tickets online or in person