Resident of town for many years 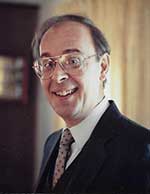 DRACUT — Ashley T. Davis, 73, of Dracut and formerly of North Reading, died Sunday, June 19, 2016, at the Lahey Hospital and Medical Center in Burlington.

Born in Philadelphia, Pa. on Dec. 8, 1942, he was the son of the late Ashley F. and Dorothy E. (Fritz) Davis. He was a graduate of Lincoln High School in Philadelphia, Pa. Ashley was a U.S. Air Force Veteran of the Vietnam Era. He worked as a Quality Assurance Inspector for Textron Defense Systems in Wilmington.

He was a former resident of North Reading for many years and was a former member of the Loyal Order of Moose.

Funeral services will be private and are under the direction of the Croswell Funeral Home, 19 Bow St., North Reading. www.croswellfuneralhome.com.