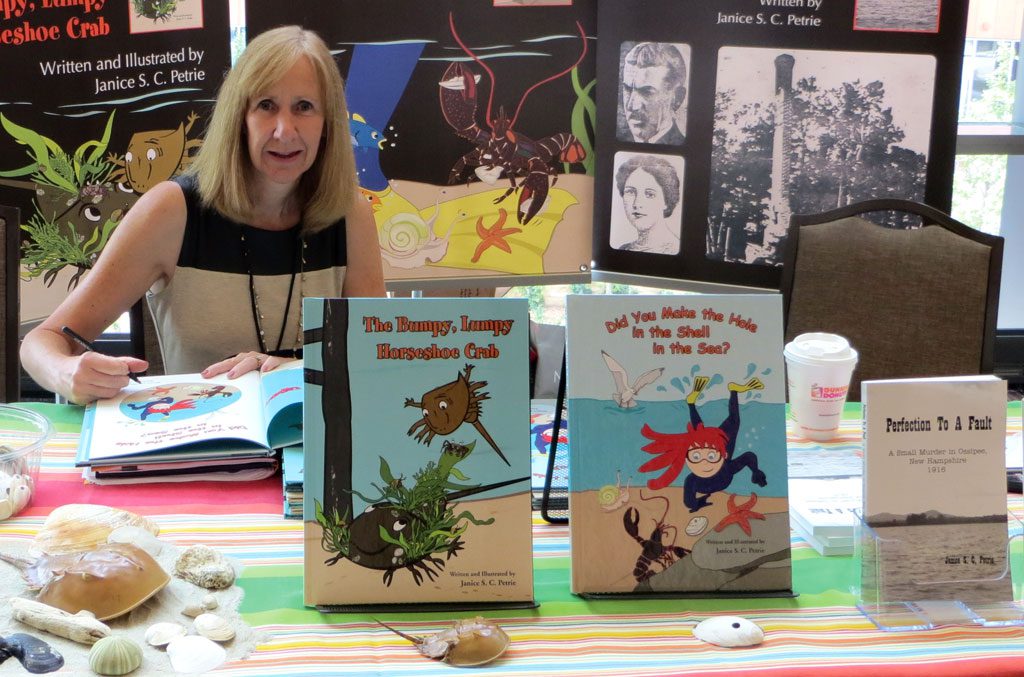 FORMER Wakefield resident Janice Petrie, author of the award winning “Did You Make the Hole in the Shell in the Sea?” will appear at Barnes & Noble in Peabody on Saturday, Nov. 22 and again in Burlington on Saturday, Dec. 13.

Barnes & Noble and Mystery Writers of America sponsor this award that had over 32,000 entries this year. The bright, colorful illustrations and rhythmic, rhyming text of Petrie’s award winning book “Did You Make the Shell in the Hole in the Sea?” solve the mystery of what makes the perfectly drilled hole in clamshells that can be found scattered on area beaches.

She’ll be reading her winning title as well as her first book in the series entitled “The Bumpy, Lumpy Horseshoe Crab” and talking a little about the sea animals that are part of her stories. Petrie will be signing all three of her books, including her historical, non-fiction entitled “Perfection To A Fault: A Small Murder in Ossipee, N.H. 1916,” which was the subject of a segment of WCVB TV’s Chronicle program and was voted “Best of New Hampshire” by New Hampshire Magazine.